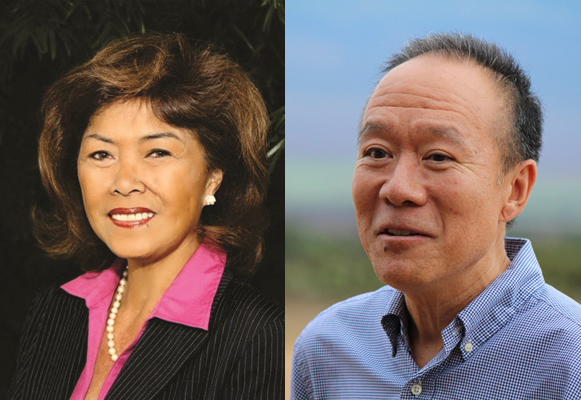 Two Maui residents were included in the latest round of governor-appointed positions to fill vacancies within the state’s board and commissions.

A&B Properties Vice President, Grant Chun, was appointed to a seat on the state Board of Education; and Kula resident, Doreen Nāpua Gomes assumes the Maui seat on the Hawaiian Homes Commission.

The appointments were among a list of four announced by Governor Neil Abercrombie today.  Others appointments included the selection of Honolulu residents: Aaron Mahi to the state Land Use Commission; and Brian Tamamoto to the Hawaiʻi Community Development Authority, Kakaʻako District.

“These individuals represent a cross-section of Hawaiʻi residents’ diverse backgrounds, offering vital perspectives, input and leadership to the future of Hawaiʻi,” said Gov. Abercrombie in the announcement. “Good government depends on individuals getting involved and taking responsibility as leaders to work collaboratively toward solutions, and I am confident in their ability to do so on behalf of the people of Hawaiʻi,” he said.

In addition to his executive role at A&B Properties, Chun is a practicing attorney, and currently serves the community as a member of the board of directors for A Keiki’s Dream, the Alexander & Baldwin Foundation, the Maui Chinese Cultural Society, the Maui Economic Development Board, and Maui Economic Opportunity, according to background information released by the Governor’s Office.  He is also a former County Managing Director.

Gomes, has been employed by Palekana Permits since 2009, and previously worked as a Health Unit Assistant at Kula Hospital, according to the announcement.  She is president-elect of the Maui Native Hawaiian Chamber of Commerce, serves as a commissioner for the Maui Department of Fire and Public Safety, and is a member of the ʻAhahui Kaʻahumanu Society.

The interim appointments are effective immediately and subject to state Senate approval. 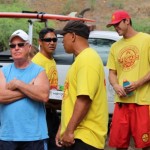