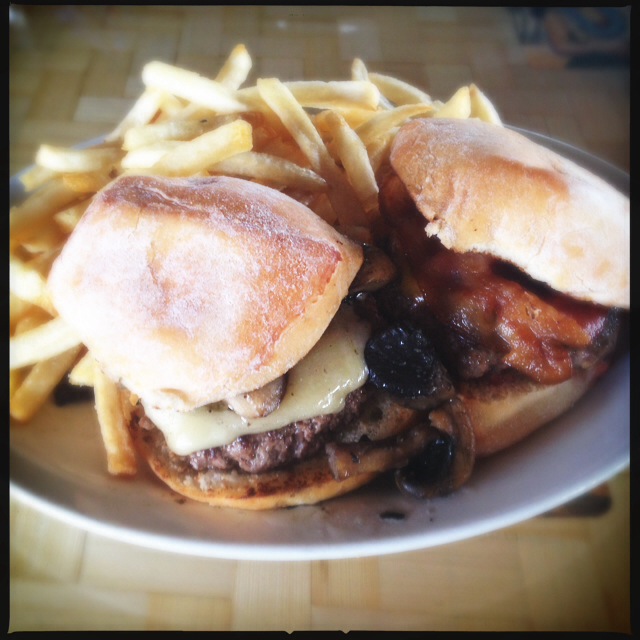 The Sliders are solid. Photo by Vanessa Wolf

Depending upon where you get your statistics, it’s averaged that 44% of restaurants fail in the first year, 33% in the second, and a final 23% of those left standing crumble in the third.

Why does this happen?

While arguably glossing over some other elements, let’s drill this business lesson down to three major issues:

By all accounts, the six month old-ish Rita’s Finest Steak and Fish House is working through some growing pains.

Rita’s opened this summer in a spot previously occupied by Lulu’s Kihei on an upper floor in the Triangle. The breezy, open space anchors around a huge bar. Festooned with massive TVs set to ESPN and the like, the overall vibe is very much one of a sports bar. 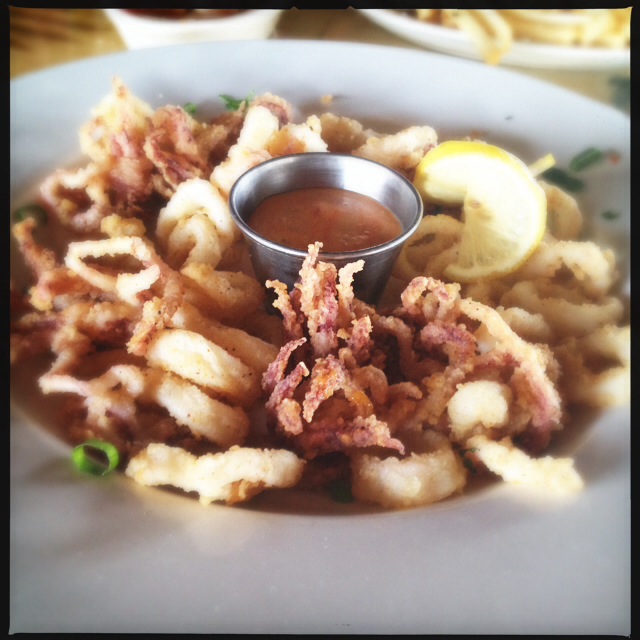 As for location, it’s a pretty good one.

As for what Rita’s is or aspires to be? For better or worse, that’s where things get a little hazy.

If the name alone didn’t warn you, Rita’s Finest Steak and Fish House apparently fancies itself, well, not a sports bar.

That’s too bad, as what Rita appears to be best at centers around bar food.

We weren’t asked how we wanted them cooked, but they showed up medium rare anyway. Reading our minds, Rita? We like how you roll.

Unfortunately, it’s easier to get Super Bowl tickets on the 50-yard line than the attention of a Rita’s bartender. 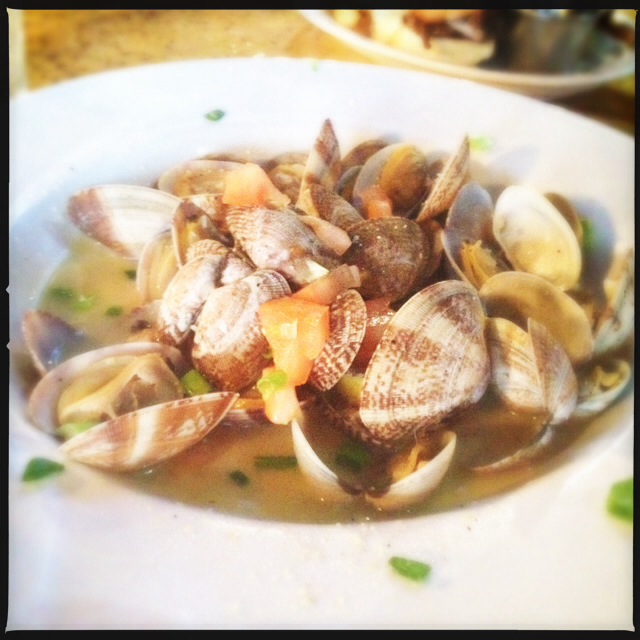 We realized the Steamed Clams were a gamble, but in this case we won. Photo by Vanessa Wolf

This is not necessarily their fault as often one bartender is struggling to handle the entire restaurant.

That stated, the burger, although perfectly prepared, arrived stone cold 45 minutes after we ordered it. The fries? Although delightfully thin and clearly crisp at one point, they were now ice, ice baby.

The Fried Calamari ($12.95) suffered from similar “sitting under a heat lamp drowning in their own juices” issues.

Although what was once crunchy arrived soggy, they were still flavorful and in generous portion. Happily, the cocktail sauce mentioned on the menu was replaced with a spicy aioli.

If there were some way to guarantee we would receive these items in a hot and timely fashion, we’d gladly order them again. 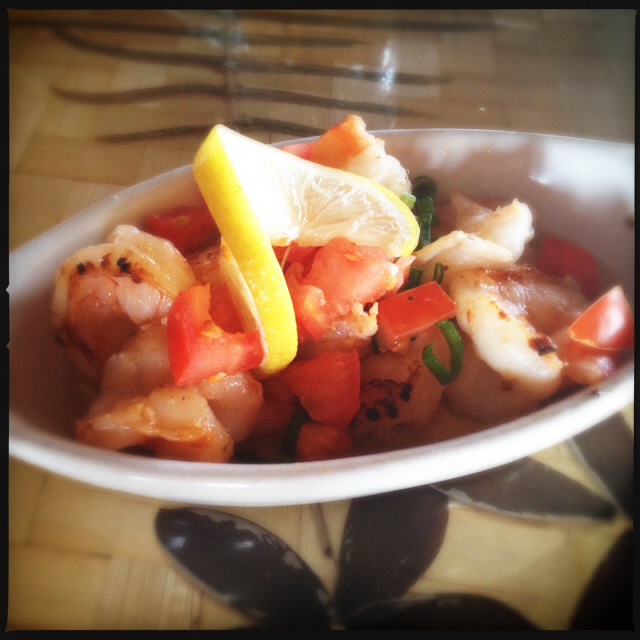 Our friend’s Garlic Shrimp looked a helluva lot better and didn’t have any tomatoes. Photo by Vanessa Wolf

On a different visit, we threw caution to the wind and tried the Steamed Clams ($15.95).

A bold move that paid off, there were at least 20 small clams in that flavorful white wine-based broth: surprisingly worth your time and your dinero.

On that same occasion, our dining companion ordered the Garlic Shrimp ($14.95) and greedily devoured them all right before our eyes.

Our from-a-distance impression was so favorable that we placed an order ourselves just 48 hours later. However, rather than the dozen or so butter-laden shrimp and side of bread he had enjoyed, we got a bowl of seven oily, garlic-less crustaceans covered with tomatoes and green onions and the news that “it doesn’t come with bread anymore.”

Our dish wasn’t even a distant cousin of the one two days prior. 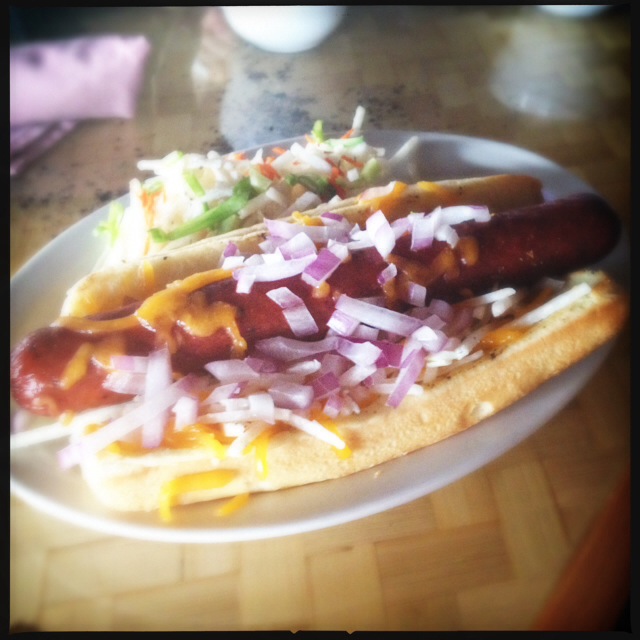 The Big Kahuna: you’ve been warned. Photo by Vanessa Wolf

Is there a special wink or handshake we were supposed to give in order to get the same thing?

Speaking of inside information, avoid the Big Kahuna ($7.95).

Sure, you’re a grown up. You understand that life can be unfair and unpredictable, but you hold close a few ironclad guarantees like “you can’t screw up a hotdog.”

Balanced on a rock hard bun and drowning in raw onions, a few scraps of cheese and some shredded jicama – the Latin American equivalent of a water chestnut – we were baffled.

What is this stuff and why is it all over this innocent, overpriced hotdog?

The accompanying fries (per the menu) were replaced with a large portion of more shredded jicama. 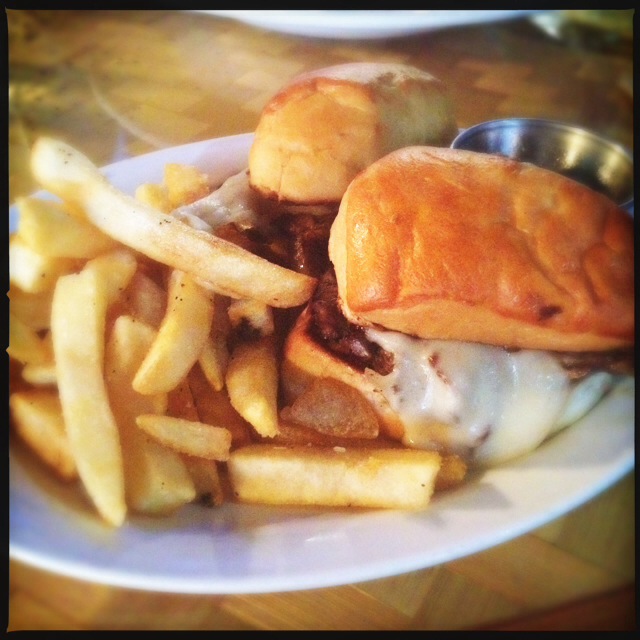 When we inquired after them, we were informed, “The chef gave you slaw.” Indeed s/he did.

The French Dip Sliders ($11.95) soothed us. The plentiful portion of meat is placed upon fresh buns and accompanied by a flavorful au jus. Good stuff.

Although the menu boasts it’s “rich flavorful and maybe the best anywhere!” we’re not sure it would qualify as the best on Mars, although appearance-wise it would certainly fit in.

A lone langostino lurks beneath the surface in imagined shame, hoping no one from his hometown learns of this disgraceful end to so promising a life. 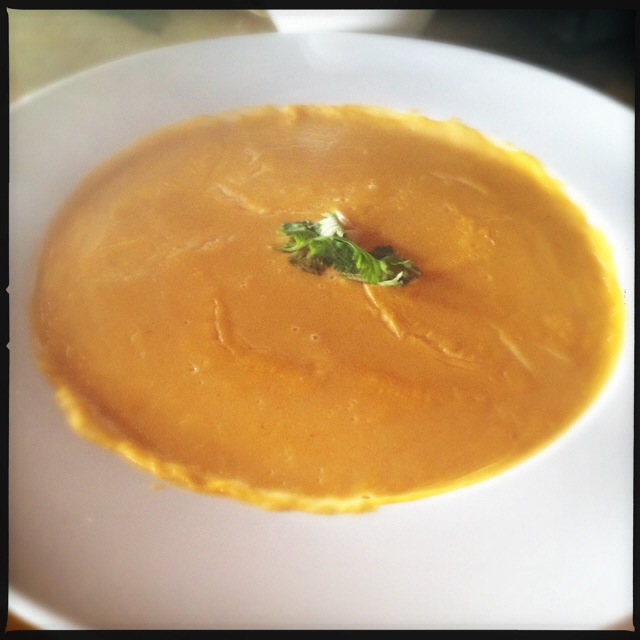 The Lobster Bisque, in which a single picture is worth more words than this entire review. Photo by Vanessa Wolf

Yes, there are some strange things afoot at Rita’s Finest Steak and Fish House, but there is also potential.

You picked a good spot.

Many of your food offerings are solid, and with 50% off the bar menu from 3-6 p.m. prices are in the range locals can afford.

In many ways you’re on the right track, but we have some concerns:

Now get out there and be somebody! 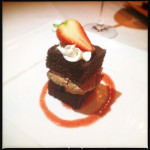