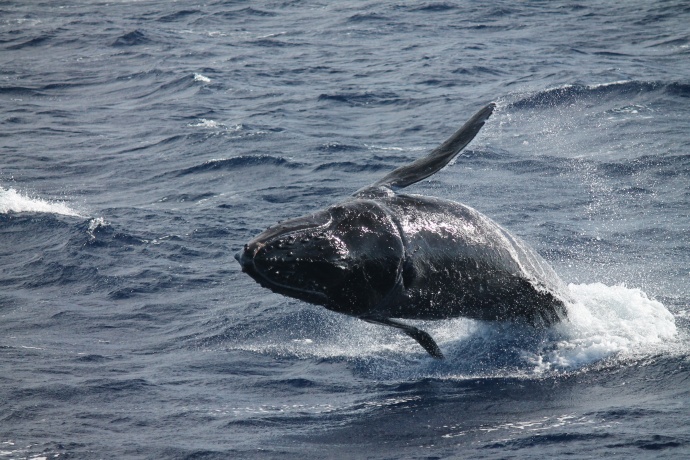 A whale calf, believed to be same one  rescued from entangled line earlier this month, was observed breaching and active in Maui waters, according to the Pacific Whale Foundation.

On Dec. 18, a rescue team from the Hawaiian Islands Humpback Whale National Marine Sanctuary, led by Ed Lyman, successfully freed a whale calf from line that was tightly wrapped around its body.

Exactly one week later, on Christmas Day, a PWF team aboard the Ocean Intrigue whale-watching vessel encountered what appeared to be the same calf.

The calf, “was very surface active, chin slapping and breaching for at least an hour,” said PWF representatives, who reportedly observed the calf in the company of its mother and an escort. 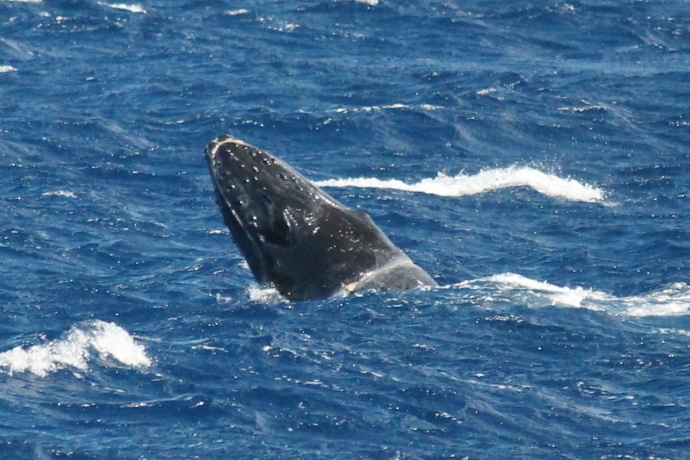 PWF representatives say Senior Research Scientist Emmanuelle Martinez compared photos of the mother-calf pod sighted on the 15th and the 25th of December.

“There seems to be a cookie cutter shark mark in a similar position on the calf and the dorsal of the mother is quite similar between the photos,” representatives said.

The observations also include marks in the same part of the calf’s body where the entanglement occurred, ahead of the blowhole and forward of the calf’s pectoral fins.

“Based on this review, we have a good degree of confidence that this is the rescued calf,” said PWF representatives.

As a reminder, if an entangled whale is spotted, the PWF advises the public to contact the NOAA Fisheries Hotline at (888) 256-9840.  The PWF suggests that as much information be collected about the whale as possible, including photos and videos to allow for better assessment of the situation by response teams.

An estimated 10,000 humpbacks are expected to migrate to the islands this year to calve and nurse their young, according to the Hawaiian Islands Humpback Whale National Marine Sanctuary.

As humpback whales enter the peak season in their annual return to the Hawaiian Islands, the US Coast Guard also issued a reminder of federal regulations that prohibit coming within 100 yards of whales when on the water, and 1,000 feet of them when operating an aircraft. 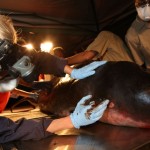 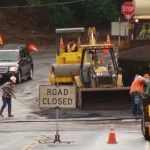