Nominees and winners from the 2013 Women in Excellence Awards.  County of Maui photo.

The Committee on the Status of Women announced that it is now accepting 2014 nominations for its “Women of Excellence” awards program.

This year’s program celebrates “women of character, courage and commitment,” aligning with the national theme that observes Women’s History Month.

Maui County women will be honored in five categories that include: Young Woman of Promise (14-21 years old); Woman of Excellence (21 years and up); Unsung Hero; Honorary Historical Award (Posthumous); and Career Achievement.

“Nominees will be selected based on their demonstrated courage, vision and commitment to women and their contributions to the betterment of life within the County of Maui,” the announcement said.

Nomination forms are available online at the County of Maui website. The deadline to submit nominations is at 4 p.m. on Friday, Feb. 7, 2014.

Nominees and winners will be recognized during a Women’s History Month “Women of Excellence” awards presentation on Thursday, March 27, 2014 from 3 to 5 p.m., at a location to be announced.

“This is a wonderful opportunity to recognize the accomplishments and contributions of the women who have helped shape Maui County,” said Ann Arakawa, wife of Mayor Alan Arakawa.

“Please take a moment to thank an exceptional woman you know by nominating her for one of the award categories. These women are role models for all of us, and it’s important that we give them the recognition they deserve,” said Mrs. Arakawa in a press release.

The list of winners in 2013 were: Amber Kukuileiwilimomi Afelin, Young Woman of Promise; Vicki Soo Hoo, Woman of Excellence; Isla Young, Career Achievement; and Cecelia M. Romero, Unsung Hero. An award was also presented to Eileen Parkman, then-9 years old, for being a “defender of the defenseless.” 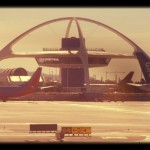 Hawaiian to Launch Daily Service Between LA and Maui 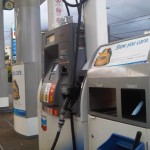