Maui Residents to be Honored With Environmental Awards

The organization announced the award recipients in an agency press release that includes the following individuals:

The public is also invited to the meeting, which is scheduled to run from 11 a.m. to 3 p.m. on Saturday, Feb. 1, at Kaunoa Senior Center in Spreckelsville.

This free event features a talk by Mina on sustainable agriculture; discussion on sustainable energy led by the club’s Clean Energy Campaign Coordinator Caitlin Pomeranz; and an awards ceremony that begins at 11:30 a.m.

In addition to the awards, Maui lawmakers will also provide updates on bills affecting the environment during the annual meeting.

Candidates who are not currently seated in public office, but will be running for election, are invited to attend.  Sierra Club leader say they will be introduced an have an opportunity to meet and mingle with attendees and the organization board.

Lunch buffet will be catered by Mana Foods and Pāʻia Flatbread Company. 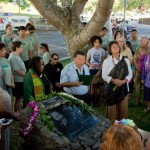 Message of Hope, Equality, and Opportunity on MLK Day 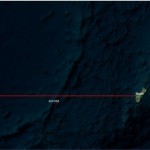