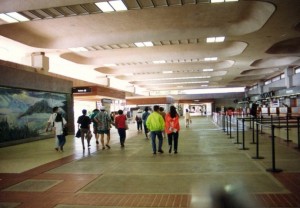 The governor announced the release today of more than $8.4 million for Maui’s Kahului Airport.

The larger $4.78 million appropriation is for phase two of a restroom renovation project for facilities within the airport’s hold rooms, ticket lobby, and commuter terminal.

A separate $3.68 million appropriation is being released for the Terminal Fire Protection System at Kahului Airport. The work involves the replacement of the existing fire sprinkler lines and risers throughout the facility, according to the announcement.

The majority of funds are for the structural improvements of Taxiway Z at Honolulu International Airport on Oʻahu. The $50 million project includes pavement reconstruction for increased structural integrity.

In announcing the funding release, Governor Neil Abercrombie said, “Our airports are the first impression of Hawaii for many of our visitors and these improvements, in conjunction with our Hawaii Airports Modernization Program, will help turn them into safer, world-class facilities.”

He continued in a press release statement saying, “With the recent stabilization of our visitor industry, we will need projects like these to continue to expand our economy through construction.”

The governor released a total of $96.6 million for various projects across the state. The remaining funds include: $35.74 million for construction of a new Diamond Head Commuter Terminal; $2 million for the replacement and renovation of parking structure pedestrian bridges at Honolulu International Airport; and $410,000 for runway safety improvements at Līhue Airport on Kauaʻi. 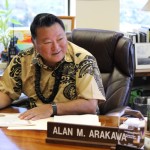 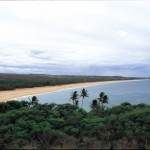 Hard Landing of Small Plane on Molokaʻi Under Review