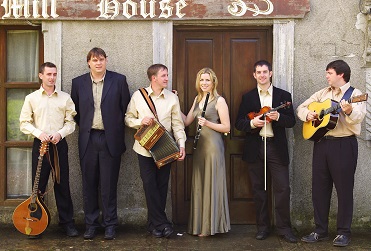 Technically, today marks the beginning and end of St. Patrick’s Day, but the MACC is giving you an excuse to keep swilling the Guinness, eating the cabbage and wearing the green for a wee bit longer.

Hailing from historic County Waterford, Danú (named after the Celtic moon goddess) is a leading traditional Irish ensemble that takes to the Castle Theater stage on Thursday, March 20 at 7:30 p.m.

Featuring virtuosic players on flute, tin whistle, fiddle, button accordion, bouzouki, and vocals in both Gaelic and English, Danú has gathered dozens of awards and hundreds of 5-star reviews, for their nine critically-acclaimed recordings and performances on over a thousand stages around the globe.

The Washington Times has described them as a“vibrant mix of virtuosity, energy and empathy.”

The members of Danú first met at a music festival in County Waterford in late 1994.

Tom and Eamonn Doorley, two brothers from Dublin, joined the group in 1996 and they released their debut album in 1997, and their second album, Think Before You Think (2000) was voted Best Overall Traditional Act by Irish Music magazine in Dublin. 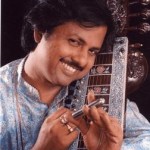 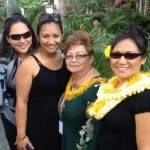