The owner of a Paradise Stone & Tile on Maui entered a guilty plea in US District Court today for allegedly conspiring to defraud the US and filing a false claim for a tax refund, according to information released today by the US Department of Justice.

Charles Loewen, 57, faces a maximum term of five years in prison for each of the two charges when he is sentenced on July 3, justice officials said.

According to information contained in the indictment and detailed by United States Attorney Florence Nakakuni, Loewen is accused of conspiring to use a scheme in which he and his wife falsely claimed tax refunds from the Internal Revenue Service totaling more than $2.3 million.

The US Department of Justice alleges that fake supporting tax documentation was created, including phony 1099-OID forms.

The department further claims federal returns were submitted to the IRS, falsely claiming zero net income for three years, when in fact income was earned. 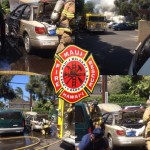 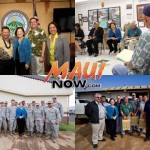