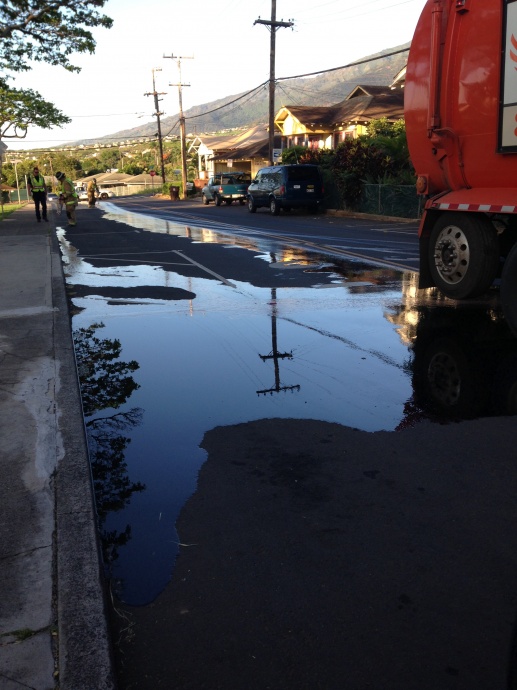 An oil spill fronting ʻĪao Intermediate School in Wailuku is being attributed to a hydraulic leak on a trash truck.

A broken hydraulic fluid hose on an Aloha Waste trash truck created a puddle of fluid that was initially measured at 20 feet by 15 feet, but spread to an area 10 feet wide by 120 feet long, according to Maui Fire Services Chief Lee Mainaga.

Fire officials say the spill was 1/4 inch deep, and forced the closure of a portion of Market Street while crews worked to mitigate the spill.

The affected area was along Market Street from Kaʻohu Street to Pālua Street.

The Maui Fire Department’s Engine 1 from Wailuku and Hazmat 10 from Kahului were dispatch along with crews from the County’s Public Works Department.

The cleanup was expected to conclude at 10 a.m. 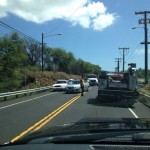 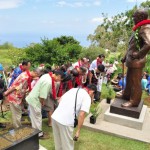