The Maui Film Festival has announced honorees for the 2014 event, the list of which includes Evan Rachel Wood, Lupita Nyong’o, and Emma Roberts.

Festival director Barry Rivers issued a press release announcing the accolades saying, “For an event that’s often been referred to as a ‘jewel box’ film festival, this year’s intelligent, talented and beautiful (both inside and out) list of luminaries seamlessly fit into the tapestry of ‘diamonds, rubies and pearls’ we have honored since our inception in 2000. To say the least, we’re thrilled beyond words.”

The annual festival will run from June 4 to 8, 2014, with the awards to be presented at the new Seaside Cinema Music Cafe and Sunset Lounge at the Grand Wailea Resort.

According to the announcement, Nyong’o will be honored with the 2014 Maui Film Festival’s Rainmaker Award on Saturday, June 7.  The award honors, “a film artist whose eclectic choices and charismatic performances encourage us all to expand our definition of what it means to be human.”

Nyong’o made her feature debut in 12 Years a Slave, and received an Academy Award for Best Supporting Actress for her portrayal as Patsey. She was also in the action thriller Nonstop, and produced the documentary In My Genes.

Evan Rachel Wood has been selected to receive the 2014 Maui Film Festival’s Nova Award on Friday June 6. The award honors “a film artist for their astonishingly original and seamless performances, and the way they consistently infuse each character that they embody with insight, humanity and wisdom.”

Wood earned a Golden Globe and Emmy nomination for Outstanding Supporting Actress in a Miniseries or Movie for her portrayal of Veda Pierce in the HBO miniseries Mildred Pierce, according to the announcement.

She was also in The Wrestler in 2008, Thirteen in 2003, Across The Universe, The Conspirator, True Blood, and The Ides of March, according to Festival organizers.

Tickets and passes to tributes, films, and special events are now available for purchase. 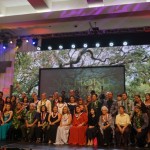 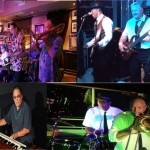