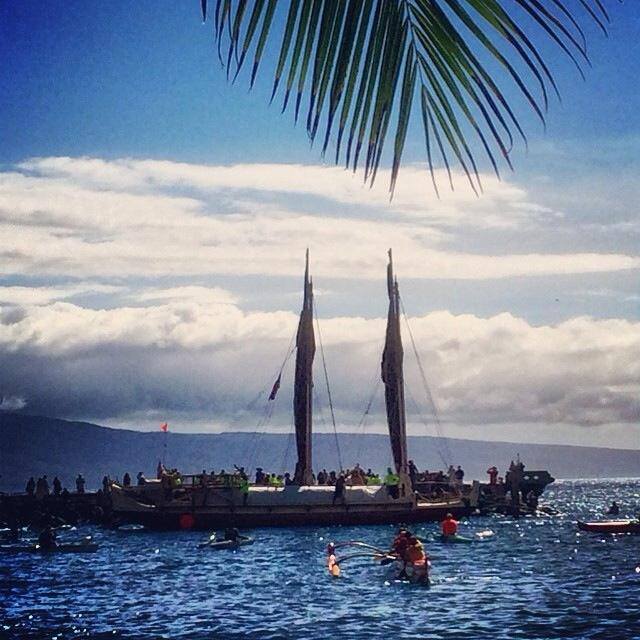 The Launch Day event began at noon and was attended by various elected officials.

The 63-foot, 11-ton, double-hulled traditional sailing canoe has been under construction for the last 17 years at Kamehameha Iki Park in West Maui, but work to build the vessel began in the mid 1990s.

Department of Land and Natural Resources officials closed Mala Wharf for the event.

Onsite security, Maui police, Division of Conservation and Resource Enforcement and Division of Boating and Ocean Recreation staff were present to assist with traffic and public safety, said the DLNR. 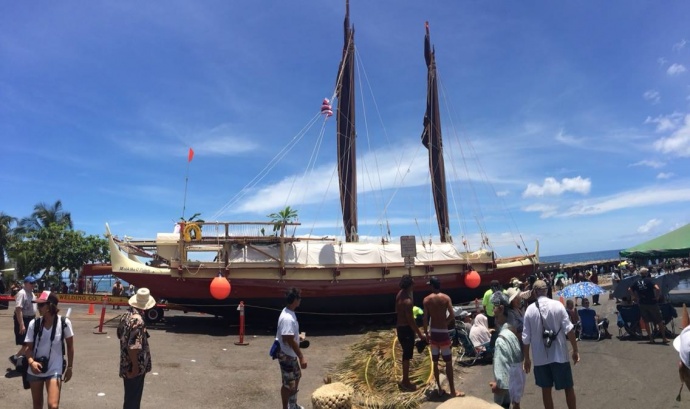 Vessels that needed to be launched and retrieved could do so prior to the canoe entering the water, and after it left, said the DLNR.

The anticipated launch time was with high tide, about 4 p.m. The blessing took place before the vessel left.

The DLNR says that commercial operators at Mala ramp are in “full support of the canoe launch, and the majority shut down for the day to reduce the amount of traffic on the ramp.” 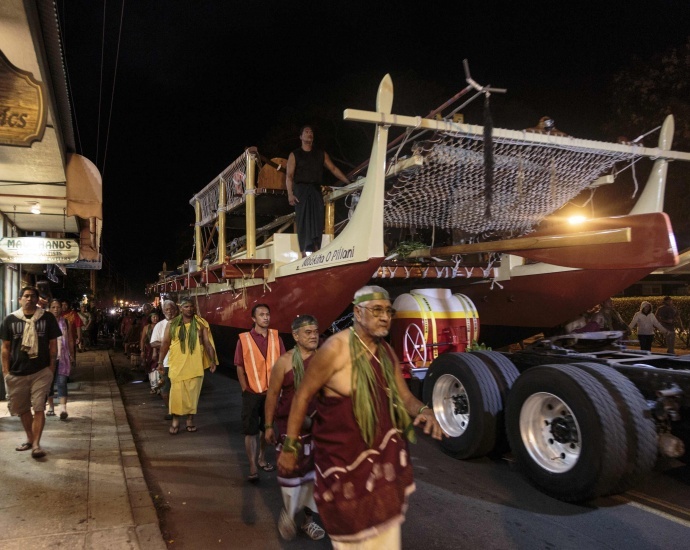 The Mo’okiha o Pi’ilani canoe is rolled up Front Street at around midnight, July 7, 2014. Photo by Charlie Osborn.

The canoe launch was scheduled to coincide with the “Akua Moon” and the 3:53 p.m. highest tide of the month, according to Hui o Waʻa Kaulua.

From 2:30 to 3:30, Hawaiian practitioners from all parts of Maui, Moʻokiha o Piʻilani crew, and nearly 40 Maui canoe and paddling clubs participated in a traditional Hawaiian canoe launching ceremony to release the “living canoe” into the ocean.

In preparation for the launch, crews had rolled the canoe 1.4 miles up Front Street at around midnight on Monday, July 7. 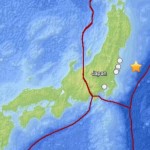 No Tsunami From 6.8M Earthquake Off Japan 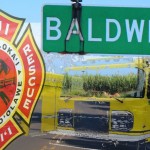