A Kihei company that has developed a wrist-bound device that deters sharks launched a Kickstarter campaign on July 14 to obtain funding to manufacture it.

The company’s promotional photo of the device with Kamaole Beach Park III in the backdrop.

They say the ORCA’s sound emissions are disagreeable to sharks, and that it has the widest range of any shark repellant device on the market, at 100 feet radius.

The company distinguishes itself from the terminology “shark repellant” and instead prefers “shark deterrent.”

When asked for evidence that the device was actually effective, a company representative said a new video would be released shortly. Information on their webpage says that “multiple researchers and universities around the world have been experimenting and testing this technology for decades with confirming results.”

The device will retail for $179 per unit. Those who make at least a $71 pledge to the Kickstarter campaign can obtain the device but the estimated shipping date is February 2015.

NoBite Technologies says it has three patents pending for the ORCA and its “unique components.”

While sharks are often described as the “apex predator” of the sea, orcas are known to kill sharks. In one videotaped incident, an orca appears to kill a large great white shark and then present the shark’s body to human onlookers on a boat nearby (video below). Witnesses claimed great white sharks in the area fled during the incident.

There were eight shark attacks in Maui waters in 2013, with two of them fatal, according to data on a DLNR website (Editor’s note: obvious inaccuracies in this data were corrected to produce these figures). There were no shark attacks in island waters in 2014 until Wednesday, July 16, when a possible shark bite was reported at Paia. 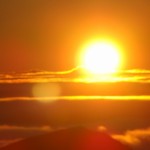 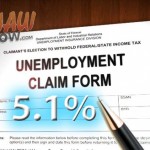