Search for Missing Passenger of Downed Plane Near American Samoa

Coast Guard and local agencies are responding to a plane crash near Pago Pago International Airport in American Samoa after a single-engine plane, carrying two passengers crashed into the water on Tuesday night.

Authorities say the Beechcraft Bonanza craft crashed at around 9:55 p.m. on Tuesday, July 22, 2014, about a mile offshore.

The Coast Guard in Honolulu sent an HC-130 Hercules airplane crew to the crash site to assist in the search of the missing passenger.

“The Coast Guard would like to express our thoughts and prayers to the family and friends of the Sulemans,” said Michael Cobb, command duty officer at the Joint Rescue Coordination Center in Honolulu in an agency press release. “We will continue to do our best to locate Mr. Babar Suleman,” he said. 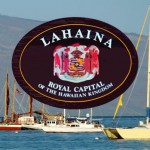