First responders were called to South Maui on Sunday afternoon for a report of a man found floating face down approximately 25 yards offshore at Kamaʻole Beach Park III, officials said.

Maui police say the man was pulled out of the water and CPR was initiated by first responders, but attempts to revive the man were unsuccessful.

Police have since identified the man as 59-year-old Stephen King of Kahului, Maui. 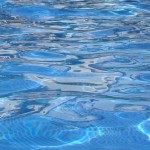