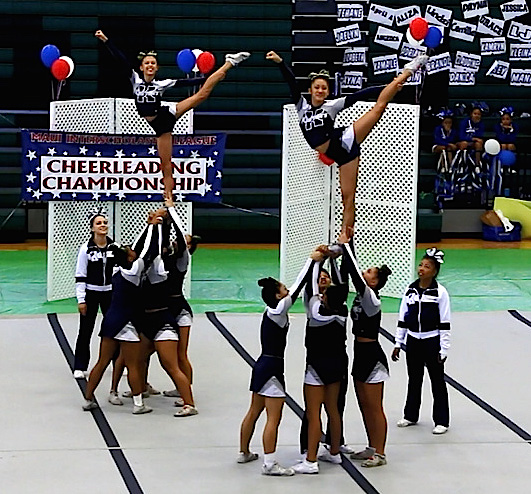 Judges awarded the Warriors the highest scores, finishing with 332.25 points, followed by runner-up Baldwin with 284.75. Maui High was third with 271.50 and host King Kekaulike was fourth with 227.25.

Kamehameha Maui and Baldwin will represent the MIL at the Zippy’s Cheerleading 2014 Championships on Saturday, Nov. 15, at the Blaisdell Arena on O’ahu.

“We’re really proud of them, they really brought in on Saturday and as coaches that’s really all we can ask of them,” said KS-Maui’s long-time coach Ann Saffery. 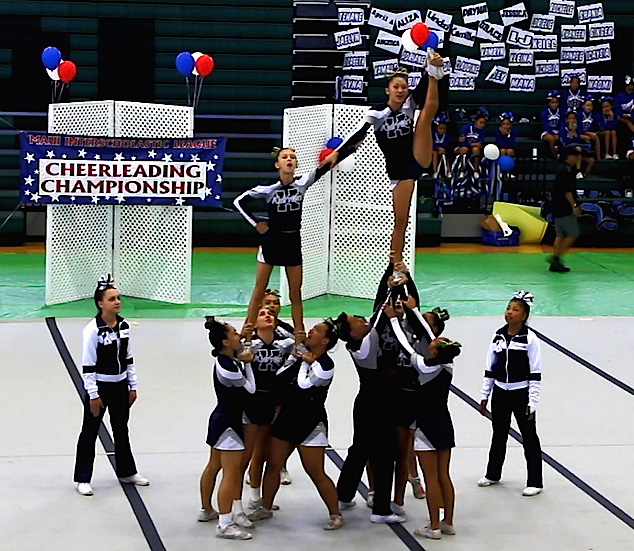 In addition to sweeping MIL and state honors last year, KS-Maui earned the 2014 National Cheerleaders Association National Championship last January in Dallas, Texas. It was at the national competition where Kamehameha Maui upstaged Oahu powerhouse and perennial state champion Radford, in the Small Advanced Coed Division 98.68 to 97.53. The Rams were the defending champions in the division.

Molina, however, plans to call it quits after the state competition to focus more time on his successful club team, Hawai’i All-Star Cheer. For financial reasons, Kamehameha Maui will not be traveling to Texas to defend its national championship in January.

As for the state championships in two weeks, Saffery said, “The team is excited and ready to defend.”

Only Lawrence, Devault and Hunter were not on last year’s championship team. 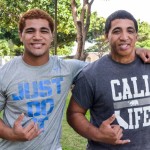 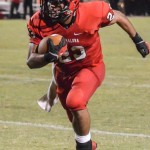