The late Patsy Takemoto Mink was among nineteen individuals identified by President Barack Obama today as recipients of the Presidential Medal of Freedom, the highest civilian honor in the nation.

Mink, who served 12 terms in Congress representing Hawaiʻi, is recognized as the first woman of color elected to Congress, and is widely known for her role in co-authoring the Title IX legislation that prohibits gender discrimination in education. Signed into law in 1972, the legislation has since been renamed the Patsy Takemoto Mink Equal Opportunity Education Act.

According to the White House Press Secretary, the Presidential Medal of Honor is presented to individuals who have “made especially meritorious contributions to the security or national interests of the United States, to world peace, or to cultural or other significant public or private endeavors.”

In announcing the medal recipients, President Obama said, “I look forward to presenting these nineteen bold, inspiring Americans with our Nation’s highest civilian honor.  From activists who fought for change to artists who explored the furthest reaches of our imagination; from scientists who kept America on the cutting edge to public servants who help write new chapters in our American story, these citizens have made extraordinary contributions to our country and the world.”

The individuals identified will be presented with the awards during a presentation at the White House on Nov. 24.

Mink is joined by a list of honorees that also includes journalist Tom Brokaw, actress Meryl Streep, and singer and songwriter Stevie Wonder.

Fellow congressional delegates and leaders in Hawaiʻi welcomed the news.

US Senator Mazie Hirono said, “This recognition for my friend, Patsy Mink, is well deserved and I am proud to have lent my early support to this effort. A visionary and a trailblazer, Patsy’s legacy lives on in every female student and athlete in America who’s been given a fair shot to compete in the classroom and on the playing field.”

“We are proud that a keiki o ka ʻāina, born and raised on Maui, who continues to inspire all of us, has received this high honor. I commend the Hawaiʻi Bar Association for its nomination and organizing the effort that has made this honor a reality,” she said.

Congresswoman Tulsi Gabbard (HI-02) also commented saying, “Congresswoman Patsy Mink broke down long-standing barriers to create equal access to opportunities for women and girls, and courageously defied those who told her she couldn’t succeed simply because she was a woman. In the 1940s, she was denied entrance to over a dozen medical schools for being a woman, but went on to attend law school and committed her entire life to changing the status quo.”

“Many women and girls, and countless others who have benefited from her unwavering fight for equality, owe a debt of gratitude to Hawai‘i’s Patsy Mink. As a testament to the importance of her hallmark Title IX legislation, her legacy lives on in the millions of girls who today are guaranteed equal opportunities in education,” said Gabbard, who called Mink “a true American trailblazer,” said Congresswoman Tulsi Gabbard.

“Her work ethic was unmatched; her commitment to justice for all deep and abiding. There was simply no one like her – ever. Caring and compassionate, insightful and inspiring – she will always be in our memories as the gold standard of public service.  Those of us who supported the request for Patsy to be considered for the Presidential Medal of Freedom are deeply appreciative of President Obama’s recognition of her. Admired and respected personally, she will now take her rightful place in the history of our nation as one of the greatest legislators,” said Abercrombie in a statement today. 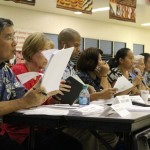 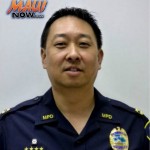