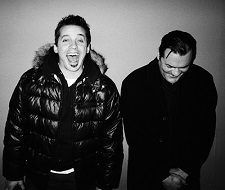 Minneapolis is known for many things—pretty lakes, the Mall of America, lutefisk. But 17 years ago, hip-hop act Atmosphere transformed the city into something else entirely: a nexus from which underground rap spiraled-out to the masses. And thanks to the duo’s indefatigable touring habits, Top 20-charting albums, and their galvanizing artist-owned label Rhymesayers (MF Doom, Aesop Rock), they’re still pushing the boundaries of what indie rap can mean. Also performing: The Grouch. 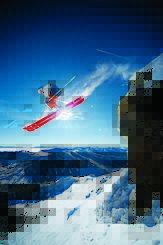 Warren Miller’s No Turning Back

Warren Miller’s newest film, “No Turning Back,” pays homage to the six-and-a-half decades of mountain culture and adventure filmmaking that has led WME to every end of the winter world. The film explores a legacy that dates back to before skis had edges and mountains had condos, running all the way to the steepest peaks around the globe, and back to the ‘Mom & Pop’ hills that define skiing and riding.

This year, Warren Miller proves that not much has changed when it comes to why these athletes tilt and turn down mountains and pray for storms: it’s the continuous drive to keep the edge and chase the snow. Sheer delight! Welcome the winter season and remember: there’s No Turning Back.

This is a free outdoor film on “The Big Screen.” Bring your beach chairs and blankets and enjoy the scenery.

(No coolers, umbrellas or outside food and beverages. If the weather is rainy, the film will move indoors to Castle Theater, first-come, first-served seating. 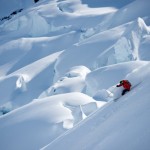 Warren Miller's 'No Turning Back' at The MACC 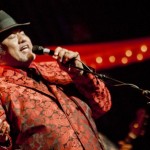