AAA Hawai‘i has announced that two Maui hotels have earned its prestigious Five Diamond Rating, and 11 hotels and one restaurant in Maui County received a Four Diamond Rating. Diamond ratings are AAA’s highest awards, recognizing establishments with the utmost in style and refinement, as well as personalized guest attention and luxury amenities.

“These establishments consistently exceed the expectations of the most discriminating traveler–the AAA inspector,” said AAA Hawai‘i Regional Manager Liane Sumida. “We’re proud to have these dedicated businesses in our state. AAA Five Diamond and Four Diamond hotels and restaurants are committed to providing guests with a high-quality experience. We applaud everyone who works hard to exceed expectations of global travelers.”

AAA ratings are determined by annual, unannounced inspections each year, reviewing grounds and public areas, rooms, ambiance and amenities, housekeeping and maintenance, as well as management, staff, and guest services. Establishments that meet all of the requisite criteria are rated between one and five diamonds. 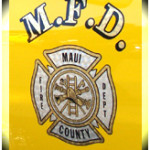 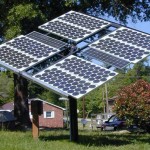