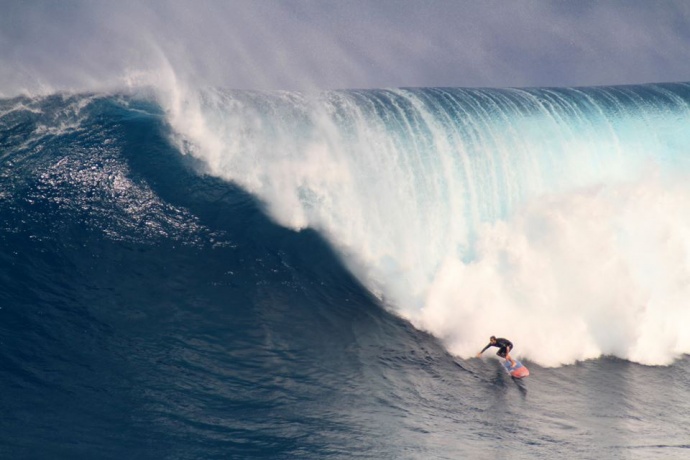 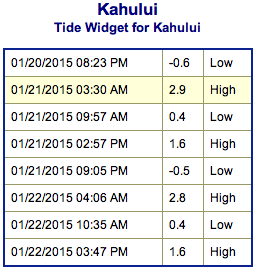 North: Surf heights are expected well overhead.  The best breaks, especially spots east of Ho’okipa, could see double to triple overhead waves. The forecast for Pe’ahi “Jaws” is for 20 to 25 foot faces with possible inconsistent 30+ foot faces in the afternoon at the peak of the swell.

West: Some spots will catch wrap from the west-northwest swell. West Maui spots with a northerly exposure should see up to head high waves or even overhead on the sets. Otherwise, breaks that don’t catch the swells, and / or are shadowed from them, are forecasted to get smaller surf at ankle high or flat.

South: Wrap from the west-northwest for select breaks could be from chest to head high with overhead waves from time to time. Otherwise, waves should be ankle to waist high. 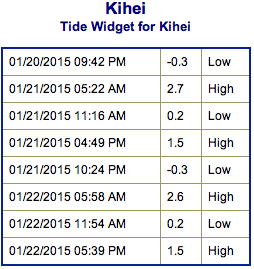 The new swell is expected to be larger than anything we’ve seen thus far this winter swell season. Models are predicting surf well above warning levels. This XXL swell (285-315°) is forecasted to peak Wednesday afternoon. If it behaves as models are indicating we could see an occasional 30+ foot face at the peak of this event (although inconsistent). Moloka’i and Oahu will block some of the energy from this swell so waves are not expected to be as big as they will be on Kaua’i and Oahu.

A reinforcement is expected to move in Friday and begin to fade out on Sunday. Pending development we could see another solid west-northwest swell setting up for Tuesday and Wednesday of next week.

Small south-southwest brings knee to possibly thigh high waves at the best breaks. Today and tomorrow a fraction of the wrap from the west-northwest swell is expected to boost heights offering chest to possibly overhead waves at spots open to the wrapping swell. 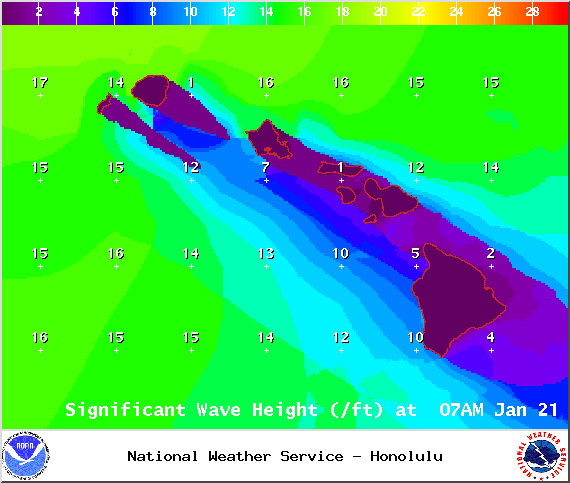 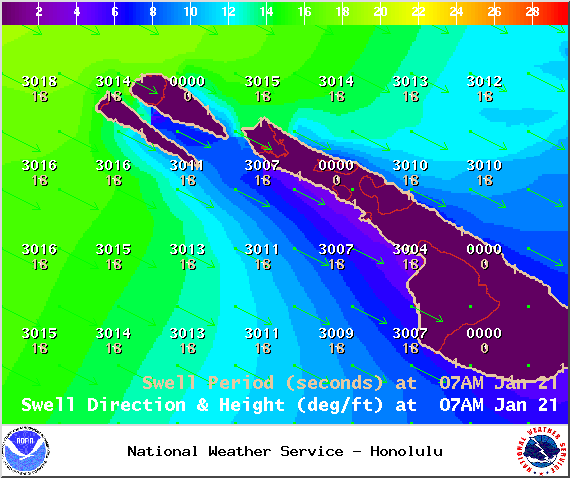 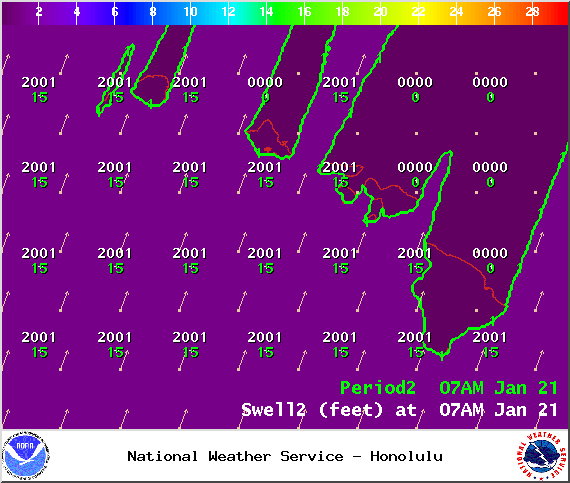 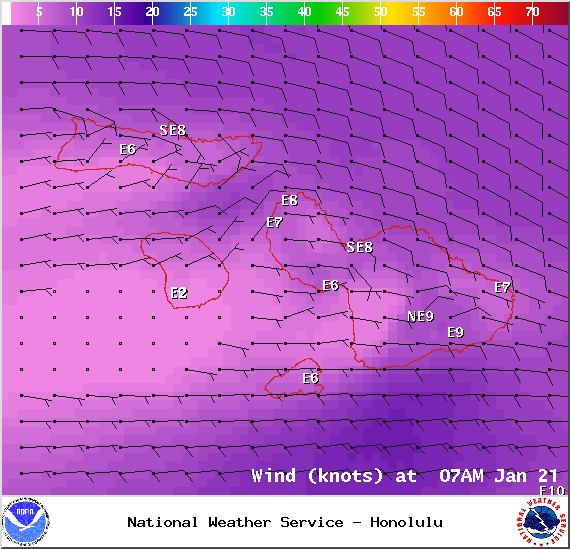 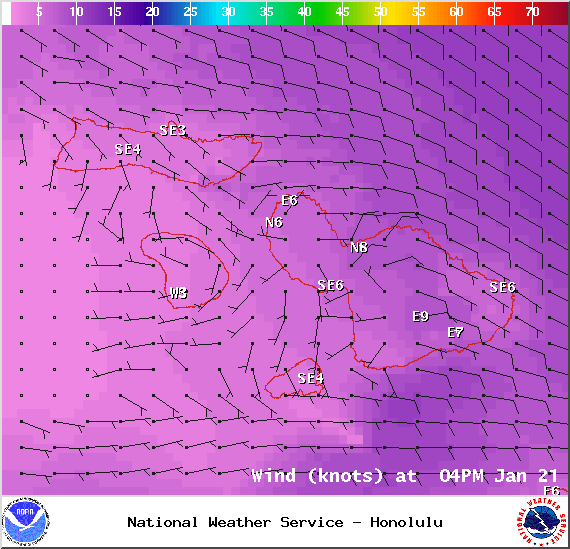 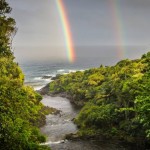 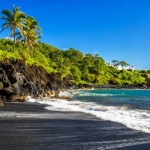