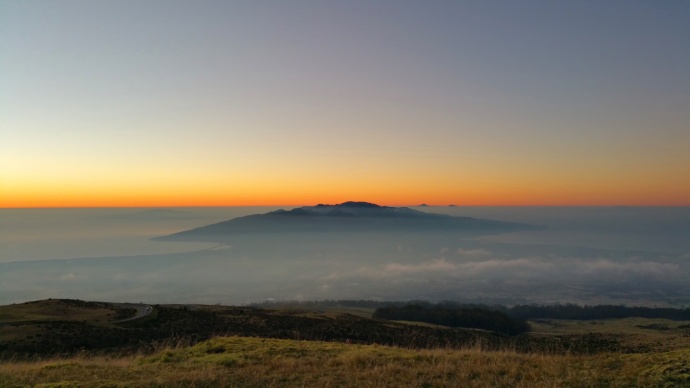 A Marine Weather Statement has been issued by the National Weather Service for a very large west-northwest swell. The Weather Service in Honolulu says the very large swell will remain elevated through Saturday. They are warning of strong harbor surges and large breaking waves at harbor entrances exposed to the swell. Some locations that can expect such conditions are Kaumalapau harbor on Lāna’i.

The High Surf Warning has been extended for the north and west shores of Moloka’i and the north shore of Maui. The warning is posted through Saturday at 6:00 p.m. Wave heights of 20 to 30 foot faces are expected along the north shores while 12 to 18 foot faces are expected on the west side of Moloka’i. Expect ocean water occasionally sweeping across portions of beaches, very strong breaking waves and strong longshore and rip currents. Breaking waves may occasionally impact harbors making navigating the harbor channel difficult. Large breaking surf, significant shore break and dangerous currents will make entering the water very hazardous. Boaters should be aware of an increased number of surfers in the water.

A Small Craft Advisory has been issued for all island waters through 6:00 p.m. Saturday for winds from 15 to 25 knots and rough seas of 7 to 17 feet.

Today we should get partly sunny skies in Maui County with isolated showers. The UHSOEST vog model shows hazy skies throughout Maui County due to southwest winds blowing those particulates toward us from the Big Island. Winds are expected from 15 to 20 mph with higher gusts. High temperatures forecasted to fall in the range of 82° to 87°.

Mostly cloudy skies are forecasted with scattered showers expected after midnight. Low temperatures from 67° to 72° degrees are expected. West winds from 15 to 20 mph are expected with higher gusts.

Winds will strengthen from the southwest Friday as a front approaches from the northwest. The front will increase shower coverage over Kauai Friday and spread down the island chain through the weekend. The forecast calls for clouds and showers to increase during the day on Saturday for Maui County. Just moderate showers are expected. High pressure will bring a dry trade wind regime in the wake of the front on Sunday and into early next week. Large surf from a northwest swell will also continue through the weekend. 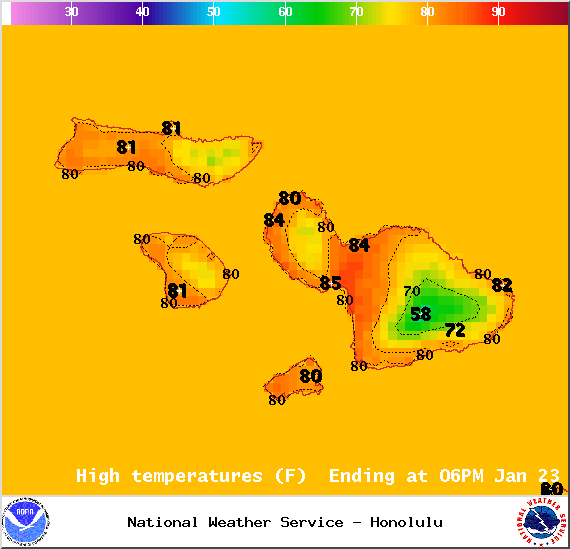 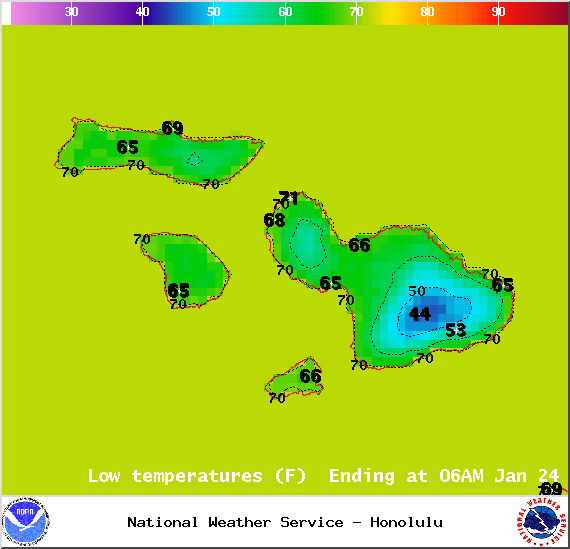 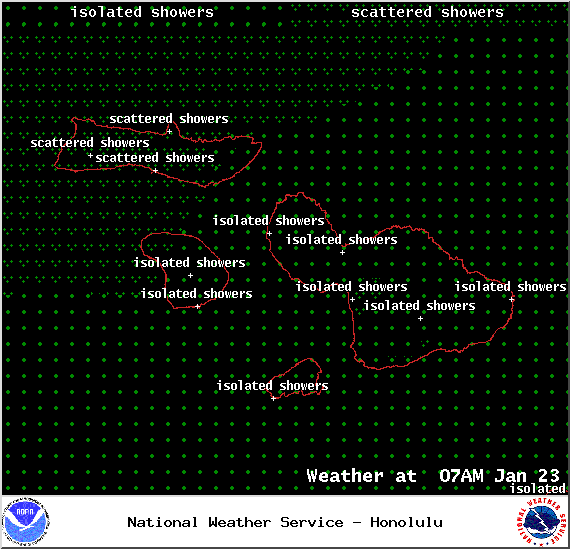 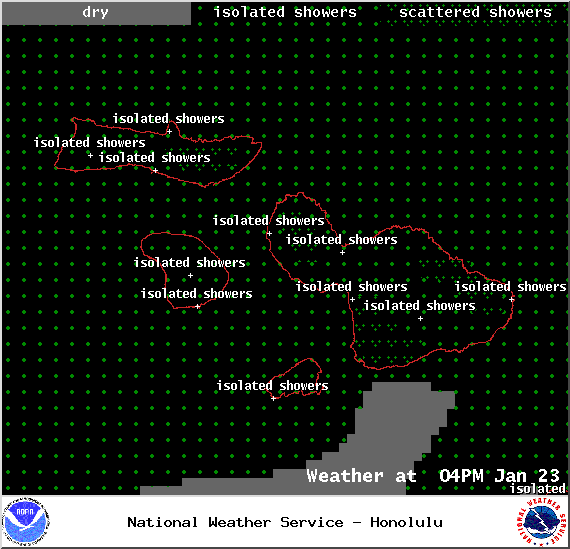 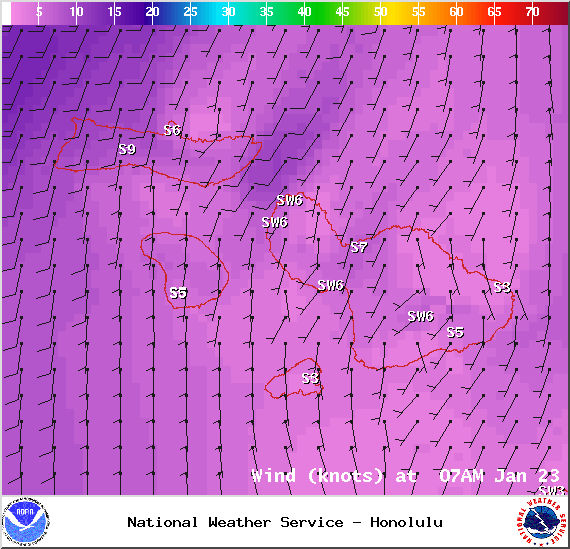 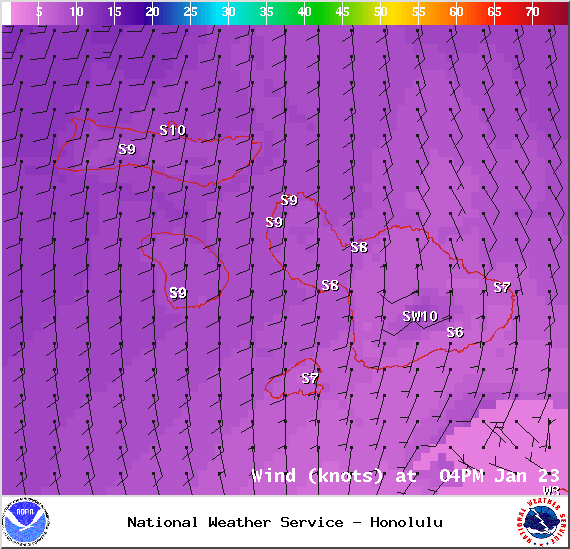 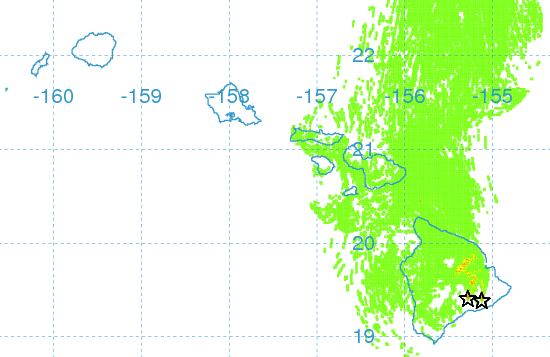 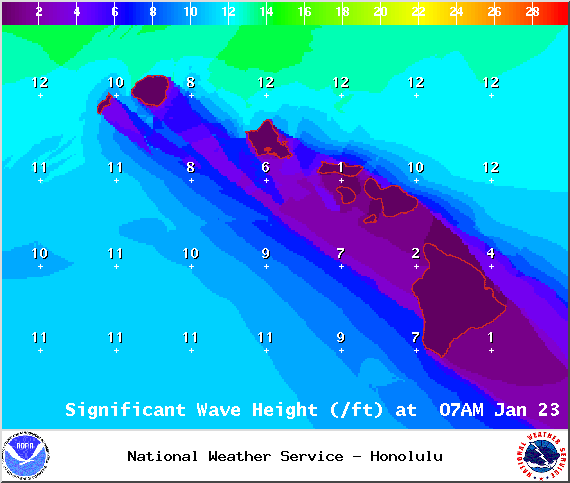 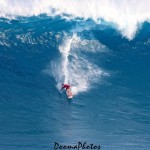 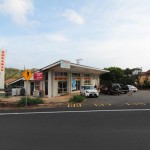