With the recent snow reports atop Haleakalā, we thought you might be in the mood for this announcement: “Frozen 2″ Confirmed, Disney Announces Plans for Sequel.

Disney today officially announced its commitment to create a sequel to the popular Frozen movie.  The announcement was made during Disney’s annual shareholders meeting held this morning in San Francisco.

Chairman and Chief Executive Officer of Disney, Bob Iger joined chief creative officer at Pixar and Walt Disney Animation Studios, John Lasseter and actor Josh Gad, who is the voice of Olaf, in making the announcement.

“We’re proud to announce that Walt Disney Animation Studio is working on Frozen 2,” said Lasseter.  “When we do a sequel it is because the filmmakers who created the original, have created an idea that is so good that it is worthy of these characters.”

After the 2013 release of Frozen, the studio created Frozen Fever, a short-film that will debut tomorrow in theaters with Walt Disney’s Cinderella.

“We enjoyed making Frozen Fever so much, and being back in that world with those characters; and we love these characters and this world so much of Arendelle that Jenifer Lee and Chris Buck have come up with a great idea for a sequel, and you will be hearing a lot more of that,” said Lasseter during today’s meeting.

A release date for the Frozen 2 sequel has yet to be announced.

Also during today’s shareholder’s meeting, Iger announced that Star Wars: Episode VIII will be released on May 26, 2017, and that the first stand-alone Star Wars movie featuring characters and events beyond the core Star Wars saga will be titled Rogue One. The release date for the saga is slated for December 2016. 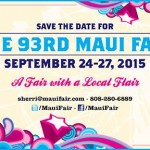 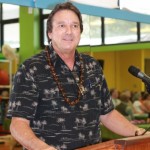 Maui YMCA Launches 'There’s No Place Like the Y' Campaign