Upper Kula Water Switches Back to Chloramines for Disinfection

Water customers on the Upper Kula water system may notice a change in their water as the County Department of Water Supply switches the distribution system disinfectant from chlorine back to chloramines on or around Wednesday, March 25, 2015.

Department officials say the only noticeable change is the water with chloramines has less of a chlorine odor or taste.

According to information released by the department, chloramines (chlorine and ammonia bonded together) have been used in the Upper Kula water system since 1985.

The DWS began a temporary switch to chlorine in Sept. 2014, due to the near-empty conditions of the Upper Kula reservoirs.

“In the dialysis process, water comes in contact with the blood across a permeable membrane. Chloramines in that water would be toxic, just as chlorine is toxic, and must be removed from water used in kidney dialysis machines. Please contact your medical professional for more information.”

“For fish tank owners: Chloramines are toxic to fish and must be removed from tank water, just as chlorine is toxic and must be removed. Although chlorine rapidly disappears from aquarium water on its own, that is not the case with chloramines; steps should be taken to remove chloramines. Most pet stores sell dechlorinating agents and generally recommend using them. Chemicals used to remove chlorine should work just as well for chloramines. Consult your pet store for more information.”

Customers who are traditionally on the Upper Kula System were being supplied with water from the Piʻiholo Water Treatment Plant in Lower Kula while the Olinda WTP was shut down. Both facilities filter water from the East Maui rain forest; however, the Olinda facility uses microfiltration technology and chloramines for disinfection, and the Piʻiholo facility uses direct filtration and chlorine.

According to department officials, crews cleaned and relined the 8.5 million gallon raw water basin at the Olinda site while the WTP was out of service.

Customers who have questions about water quality, should call the DWS Laboratory at (808) 270-7550, or log on to www.mauiwater.org. Questions relating to health concerns can be directed to the Maui District Office of the Hawaiʻi State Department of Health at (808) 984-8200. 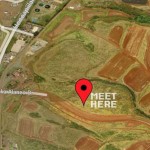 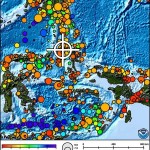 No Tsunami Threat to Hawaiʻi After 6+ Indonesia Quake