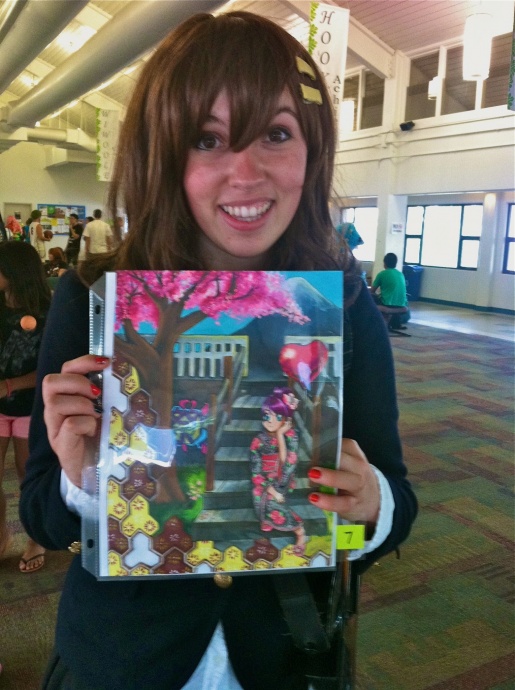 Sabrina Futch was in ninth grade last year, when she won first place in the 2014 manga art contest. Courtesy photo.

The 11th Annual Manga & Art Drawing Contest will be held at the 15th Annual Maui Matsuri festival on Saturday, May 16, 2015, in the Pilina Building Student Lounge at the University of Hawaiʻi.

The two entry categories are traditional art and manga.

Manga is a mixture of comic book, modern art and literature, which creates a unique and popular Japanese art form.

Submissions will be judged in three age divisions for each category: third to fifth grades; six to eighth grades; and ninth to 12th grades.

The top three contestants from each category and age division will be awarded certificates, ribbons and cash prizes: first place will receive $75, second place will win $50 and third place earns $25.

Participants must submit hand-drawn work (not computer generated) on paper not to exceed 8.5 by 11 inches (no frames or mounted pieces). All media are allowed–pencil, colored pencil, pen, etc.

An official entry form and signed disclaimer must be taped to the back of the each art piece in order to be accepted.

Entries will be accepted at the Manga & Art Exhibit in the Pilina Building during the Maui Matsuri festival between 1 and 2:30 p.m. Judging will begin promptly at 3 p.m. Winners will be announced at 4 p.m. Artwork should be picked up at the exhibit area at 6 p.m. Otherwise, bring a self-addressed stamped envelope for return of artwork. Artwork will not be returned if an envelope is not provided.

The Maui Matsuri, a three-day event featuring Japanese culture, kicks off on May 8 at 6:30 p.m. at Queen Kaʻahumanu Center.

Movie night is May 15 at 7 p.m. at UHMC, featuring the Maui premier of “Kikaider Reboot.”

The festival is scheduled for May 16 beginning at 2 p.m. at UHMC. Contestants are being sought for additional festival contests, such as cosplay (costume) and video-gaming, hanafuda, and natto and saimin eating.

Admission to all three days is free.

The drawing contest is sponsored by Ben Franklin Maui. The Maui Matsuri festival is presented by the Japanese Cultural Society of Maui with major support by the County of Maui and Hawaiʻi Tourism Authority, and major sponsorship from Island Honda, IBEW-Local Union 1186, Maui Taiko and UHMC. 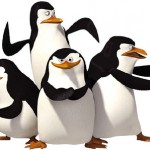 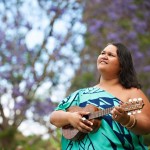