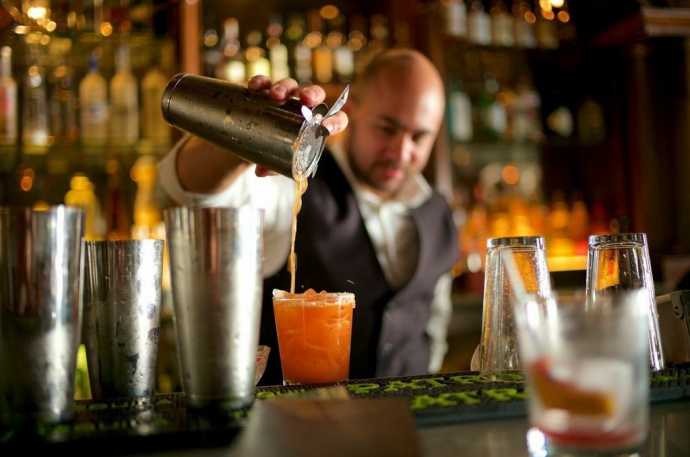 Fleetwood’s on Front Street has earned a 2015 ʻAipono Award for “Best Bar.”

Fleetwood’s On Front Street has earned a 2015 ʻAipono Award for “Best Bar.”

Ceremonies were held on April 26 at the ‘Aipono Awards Gala at the Sheraton Maui Resort and Spa. The awards are determined by No Ka ‘Oi Magazine readers –the residents and visitors of Maui. Now in its 13th year, the ‘Aipono Restaurant Awards are the first high-profile dining awards devoted entirely to Maui.

“I live on Maui and I love to play and I thought how great it would be to have a place where I could play and perform and be comfortable–that was the first thought,” said restaurant owner and music icon Mick Fleetwood regarding his idea for opening Fleetwood’s. ” When I put my team together to discuss it, it became clear that there really was a need for a unique venue on the water in Lahaina that had a subtle sensibility of understated elegance and blended something exotic and exciting with something people could understand and connect with. Fleetwood’s On Front Street was born from that.”

“I have a farm in Kula Upcountry on the Haleakalā Crater,” said Fleetwood. “Fleetwood’s On Front Street has a lot from my life and personal tastes that were brought in from the farm. Being authentic was really important to me, as was being of the island. I am, regardless of fame, a visitor on an island infused with its own culture. I wanted to reflect that in the decor and the design elements.

“The last thing we wanted was a sort of a ‘gold record on the wall’ place,” Fleetwood continued. “You can see rock memorabilia anywhere, but I wanted my restaurant to become an extension of me, as a person, and who I am, not what I have done, if that makes sense. For instance, there are over 100 photos on the walls of my father, an RAF [the Royal Air Force, a branch of Great Britain’s military] pilot; my mom; and our family traveling and growing up. I wanted to share who I am not what I do with our guests. And that’s an important distinction. We did some fun things making downstairs more formal and upstairs sort of like a bohemian east meets west Buddha bar crossed with Hawaiʻi and with a dash of a Bogart movie. It all comes from my lifestyle and comfort levels blended with Hawaiʻi.”

Fleetwood said he is proud of the great food and service at Fleetwood’s.

“It is the combination of a solid establishment with the sense of excitement and maybe even voyeurism, that comes with the whole Fleetwood thing that makes the place click,” Fleetwood said. “Take any part out–even the view from our open-air rooftop–and the cake falls flat.”

Fleetwood said the team found out just how hard it is to be in a tourist location where essentially marketing is reborn every week as new guests fly in. 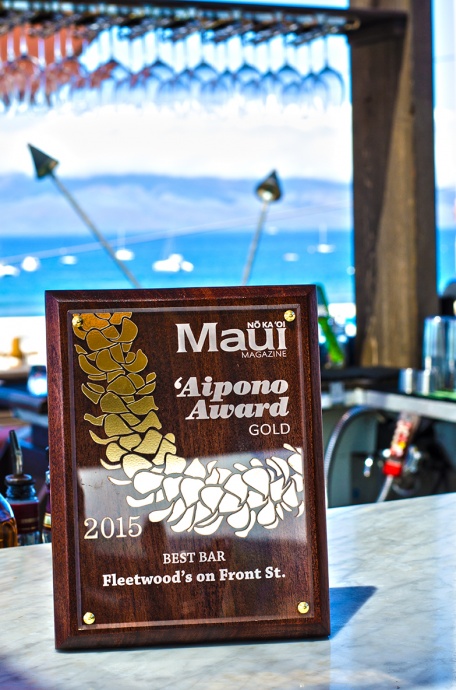 “… the Fleetwood moniker helps a lot there as people decide where to go over a few short nights,” said Fleetwood. “Luckily, we’ve won awards–including the recent ‘Aipono Award–in the industry and reviews that indicate that people enjoy what I’m bringing to them, whether I’m in the house or not. That’s pretty great.”

Fleetwood added, “We spend more time and energy on service than anything else. That starts with hiring the right people, and carries through with training. We have extensive manuals and materials. People who work at Fleetwood’s On Front Street know me, know my wine line, Mick Fleetwood Private Cellar, and they know as much or more about all that and the food and the island than I do.”

Fleetwood said his team knows every detail regarding the restaurant, and goes the extra mile to get whatever guests want.

“Doing that is the key,” said Fleetwood. “When someone asks for an extra olive in a martini, bring them five. They like olives… We try to train our team to sense needs and fulfill them.”

General Manager Eric Waddell has since brought his passion to Fleetwood’s. He is dedicated to providing the outstanding service and impeccable flavors that will make this restaurant the first and the best of its kind here on Maui. 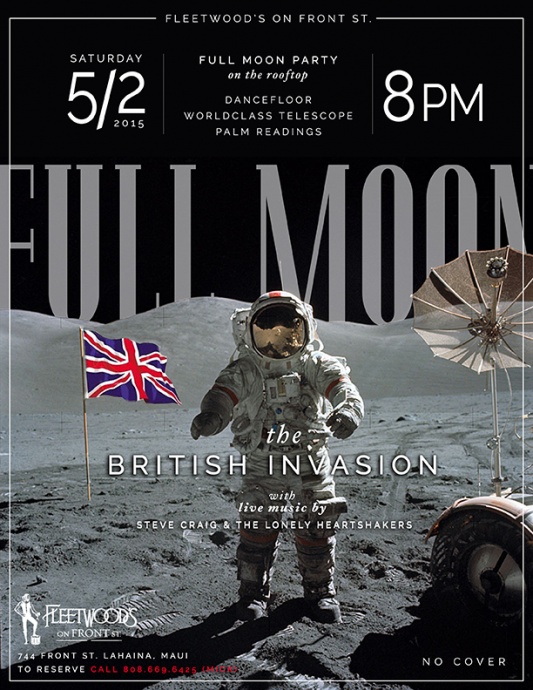 Join Fleetwood’s on May 2nd for its monthly Full Moon Party. This month, the British-inspired Lonely Heart Shakers featuring Steve Craig will perform from 8 to 9:30 p.m. Dance under the stars on Fleetwood’s majestic rooftop. View the moon through a world-class telescope and have your palm read, too.

There is no cover charge for the party. 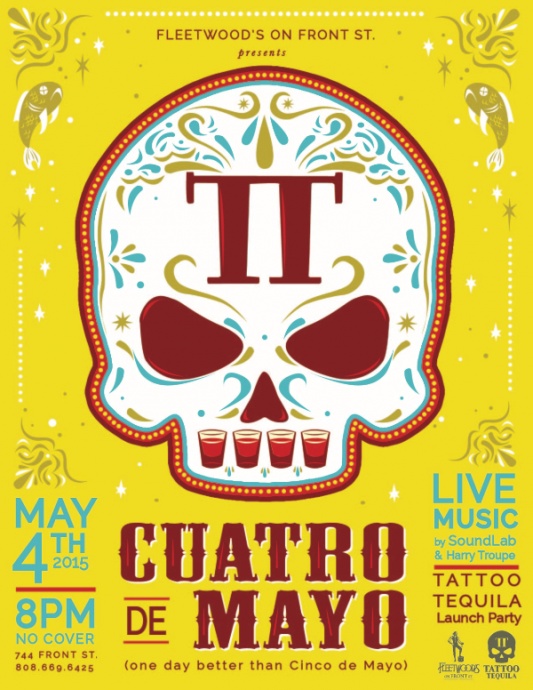 Celebrate a day early at Fleetwood’s on Front St. on Monday, May 4. Enjoy live, rooftop music from 8 to 9:30 p.m. with Soundlab, featuring Harry Troupe.

Hawaiʻi Utilities at Top of List for Adding Solar Power 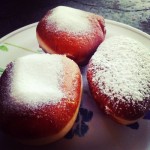