***Update: As of 4:20 p.m. on Wednesday, May 20, 2015, Maui police say both females have since been identified.  The Maui Police Department thanked the public for their assistance in this case.

The Maui Police Department is requesting the public’s help in identifying two females wanted for questioning in a theft case reported on Tuesday, April 28, 2015 at a retail store within a resort in Wailea.

Police released surveillance photos of the individuals today alleging that one of the females distracted a store clerk while another allegedly removed a purse worth $1,590 from a back shelf of the store, while out of the sight of store clerks. 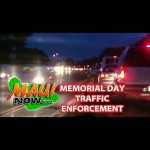 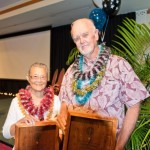