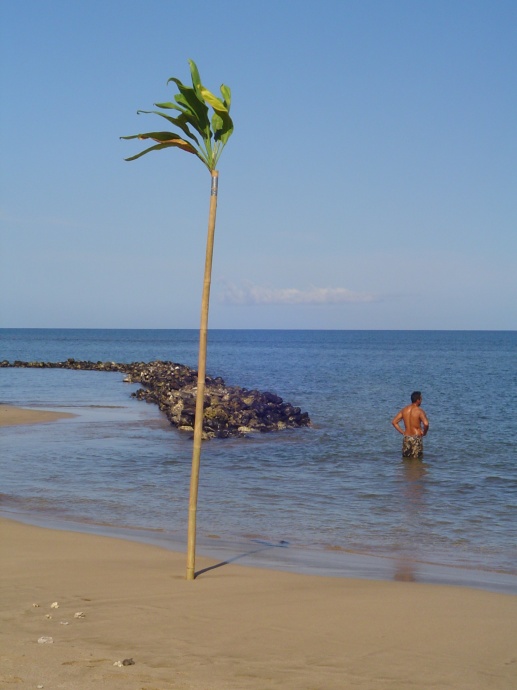 During a bill signing ceremony he said, “I think for all of us who live in Hawaiʻi really understand how important a resource clean water is.  These three measures that I’ll be signing will really help us to utilize that water in a way that hopefully is more sustainable, and obviously gives us more options.”

House Bill 393 waives Department of Health water quality certification requirements for restoration, repair, and operation of Hawaiian loko i‘a or fishponds, administered by the Department of Land and Natural Resources.

“We do know that Native Hawaiians really had a different view of our natural resources and were able to sustain a larger population in these islands using sustainable methods.  Hawaiian fishponds were an integral part of that for producing food that we eat,” said Gov. Ige at today’s bill signing ceremony.

“We do know that applying today’s regulations to Hawaiian fishponds is truly trying to force a square peg into a round hole.  I know that there are different views on this, but I do believe exempting Hawaiian Fishponds really makes common sense in allowing us to move forward in this very specific effort,” said Gov. Ige. 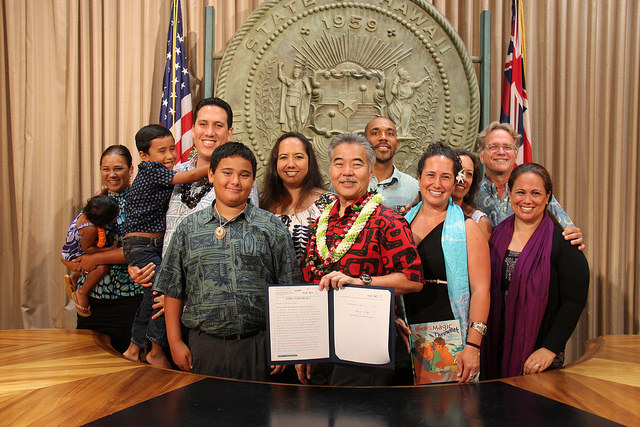 “I really do believe that hydroelectric facilities will need to be part of our sustainability and our commitment to (being) 100% renewable,” said Gov. Ige.

“We do know that during the era when agriculture was the number one industry, that the agricultural industry made significant investments in water and water management, (as well as) water storage, to really get us through those time when we didn’t have water.  I really believe that water as storage for energy is and can be an important part of our future–especially when we talk about (being) 100% renewable,” said Gov. Ige. 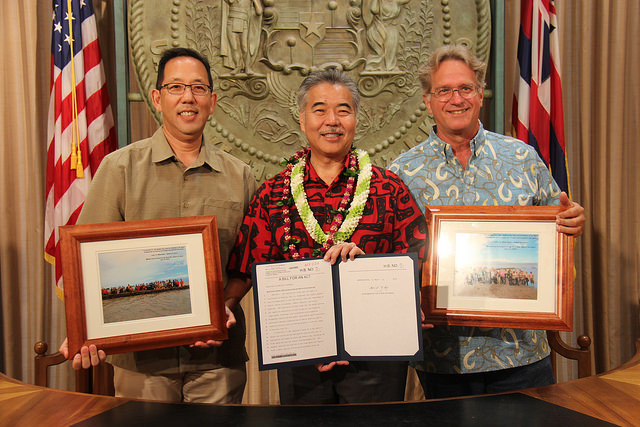 The final measure, House Bill 1394 requires the state Department of Transportation airports division to conduct a water scalping (the extraction of valuable, usable water from a sewerage network) feasibility study.  If funds are available, the bill authorizes the development of a process design for the implementation of water scalping technology.

“We do know that we need to be smarter and more efficient of how we use all of the water resources that we have.  Waste water is an opportunity for us to look at ways for appropriate use of waste water,” said Gov. Ige. 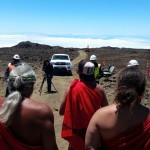 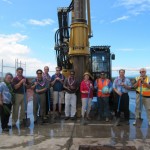