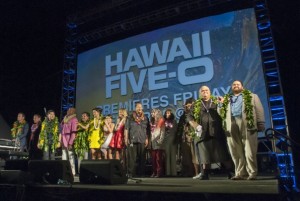 The annual “Sunset On The Beach” Hawaii Five-0 Premiere was held in Waikiki Saturday, Sept. 12, 2015, at Queens Surf Beach. Despite high humidity and the threat for heavy showers, thousands of residents and visitors gathered to watch the Season 6 premiere of Hawaii Five-0, “Mai Ho’oni I Ka Wai Lana Mālie.” This year, die-hard fans again camped out overnight to get the best seats.

MauiNOW’s Malika Dudley was on the red carpet to catch all the action. First up in our series of Hawaii Five-0 red carpet interviews – Executive Producer, Peter M. Lenkov. He talks about ohana being a recurring theme on the series, why the place names sometimes don’t match the actual location, whether the show has any new love interests this season and about shooting on the neighbor islands. Stay tuned for interviews with Grace Park, Daniel Dae Kim, Jorge Garcia, Chef Morimoto, Chi McBride and more!

After the red carpet, John Ondrasik of Five For Fighting helped open the ceremony by performing his song “All For One.”

“About a year ago I was asked by Peter Lenkov, the show creator of Hawaii Five-0, to write a song for their 100th episode. Last night completed the circle as we performed “All For One” for the first time live for 8000 people at H50’s Sunset on the Beach. A great event and as you can imagine beautiful setting.”

Mayor Kirk Caldwell took the stage to declare September 12, 2015 “Hawaii Five-0 Day” and after the traditional introduction of the cast, Executive Producer Peter M. Lenkov, turned the microphone over to Chi McBride to say something on behalf of the cast. After thanking the fans, Chi ended by “singing” the theme song to Hawaii Five-0. The episode began shortly thereafter, picking up where they left off at Kono and Adam’s wedding. There is plenty of action, some romance and a couple of scenes that may make you squirm in discomfort. Hawaiian royalty and even pirates make it into the season opener this year as well. The season six premiere airs on CBS Friday, September 25. 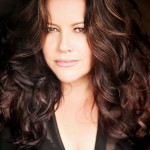 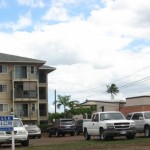