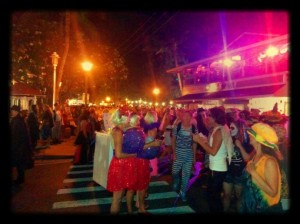 The Maui Police Department announced that it will be conducting impaired driving enforcement over the Halloween weekend.

In an email communication earlier this week, Maui Police Captain Sterling Kiyota with the Lahaina District said police are estimating a crowd of approximately 30,000 people at the Halloween festivities on Front Street on Saturday, Oct. 31.

The projected upward estimate from the 28,000 people reported last year is being attributed to Halloween falling on a Saturday this year.

Capt. Kiyota said the department will have 100-plus officers working.  He said the traffic section will also be present to patrol the roadways.

Maui police cited data compiled by the National Highway Traffic Safety Administration, saying 43% of all people killed in motor vehicle crashes on Halloween night (from 6 p.m. Oct. 31 to 5:59 a.m. on Nov. 1) between 2009 to 2013 were in crashes involving an impaired driver.

Maui police called the statistics “alarming” and urged compliance to protect children and the community that will be out Trick or Treating on Halloween night.

“Impaired driving is reckless, preventable, and it’s our job to get that point across. No excuses, no warnings. Anyone caught driving impaired will be arrested,” said Sgt. Krau in a department press release.

Other Halloween Options include:

Halloween Express Shuttle Service: Buses will load and unload in the parking lot found at the intersection of Front St. and Prison St. *Tickets must be purchased in advance.

Tickets are on sale from Oct. 20 until noon on Oct. 31. Remaining return tickets will be available at Campbell Park, Front St. Oct. 31.

Check In 15 minutes prior to bus departure time. No food or beverages may be consumed on the bus. 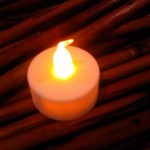 Vigil in Remembrance of Those Killed by Domestic Violence, Oct. 29 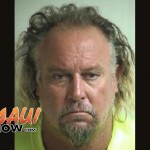