Offensive line coach/assistant head coach Chris Naeole will serve as the interim head coach for the rest of the season.

“I’d like to thank Coach Chow for his dedication to our football program for the past four years,” Matlin said in a statement. “Ultimately, we feel this decision is in the best interest of the University and Athletics Department and we need to move in a different direction. Coach Chow should be commended for helping our football program achieve all-time highs in APR scores and graduation rates.”

Chow was 10-36 in his four seasons with the Rainbow Warriors, including a 2-7 record this year after Saturday’s 58-7 loss to Air Force.

According to KHON television, the University of Hawaii has already posted the position online with a closing date of this Friday, Nov. 6, 2015.

Chow took over the Hawaii program in 2012 after a long run as an assistant coach with BYU, North Carolina State, Southern California, the NFL’s Tennessee Titans, UCLA and alma mater Utah. He was the offensive coordinator on national championship staffs at BYU in 1984 and Southern California in 2003 and ‘04, and he coached Heisman Trophy winners Ty Detmer, Carson Palmer and Matt Leinart. He was the Frank Broyles Award winner as the nation’s top assistant coach in 2002 as the offensive coordinator at USC.

Chow is the 10th FBS coach this season to be fired, resign or retire. 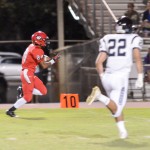 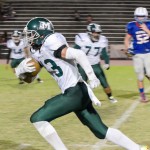