Most Popular Maui Now Articles of 2015 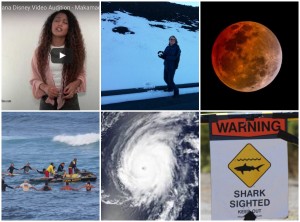 Several shark encounters, demonstrators arrested on Haleakalā and the outpouring of community support for a local Maui girl dominated Maui’s headlines in 2015, and were among the most popular stories at MauiNow.com.

Readers were also intrigued by several weather phenomena including the shortest total lunar eclipse, several days of snow on Haleakalā, the most active hurricane season on record and a tsunami scare.

Here’s a look at our top stories of the year, with the most viewed piece first. 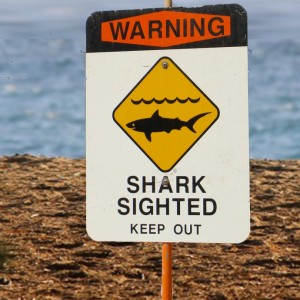 There were eight shark bites documented in Hawaiian waters this year. The only fatal attack happened in April, when 65-year-old Margaret “Margo” Cruse sustained severe lacerations to her right shoulder and arm while snorkeling with friends at the ʻĀhihi Kīnaʻu Natural Area Reserve. Cruse used to work as a volunteer interpretive guide at the very reserve where she lost her life.

Scientists have some theories for why Hawaii is seeing more dangerous shark encounters. One simple explanation: There are more people in the water these days enjoying recreational sports.

On September 16, 2015 an 8.3 earthquake rocked Chile. A Tsunami Watch, then Tsunami Advisory were issued by the Pacific Tsunami Warning Center for the Hawaiian Islands. There was confusion surrounding the meaning of a watch versus a warning.

Ultimately, we lucked out and destructive tsunami waves were not observed. However, tsunami waves did occur. The largest wave was recorded in Hilo, measuring 3.2 feet. In Kahului a 2.2 foot wave was observed. 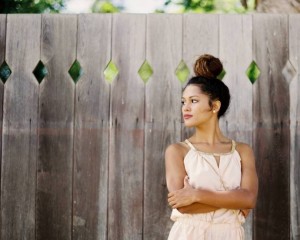 Earlier this year, 19-year-old Makamae Kailani Auwae submitted a video audition for the role of “Moana” in Disney’s upcoming CG-animated feature. She got a call back on January 6th. Her video audition went viral with more than 340,000 views to date.

Unfortunately, the Baldwin graduate didn’t land the lead role but she says the overwhelming support she got from the community was truly inspiring. 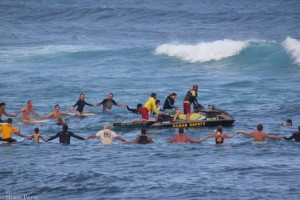 Surfers gather at Hoʻokipa in support of mother’s lover for her son. Photo courtesy Shane Perry.

In February of this year a mother’s wish was granted when more than 100 people showed up at Hoʻokipa Beach Park on Maui to paddle out in honor of her late son.

Lisa Erben flew to Maui from Germany, with the hopes of fulfilling her son Johannes’ dream to “feel the spirit of Maui and its waves.”  What she experienced, was nothing short of magical. 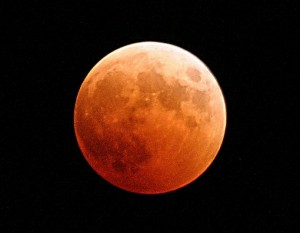 A total lunar eclipse as seen from Washington in 2004. US Navy photo.

In April of this year, a total lunar eclipse was visible in Hawaii.

What was unique about this eclipse was the duration of the total phase – only 4 minutes and 43 seconds – making it the shortest eclipse since 1529 and the shortest total lunar eclipse of the 21st century.

Typically, the total phase often lasts more than an hour.

In May of this year, passengers aboard Hawaiian Airlines Flight 24 bound for Oakland made an emergency landing here on Maui. An odor of fumes in the cabin was the cause. Customers were evacuated via emergency slide.

This hurricane season Maui Now brought you daily (and sometimes hourly) updates on numerous hurricanes and tropical cyclones. Fortunately, luck was on our side and none of the 15 tropical cyclones in the Central Pacific basin made landfall in the Hawaiian Islands this year.

Due in part to a strong El Nino and warm ocean temperatures, hurricane season started earlier than usual and was more active than any other year on record. This is the first year, since reliable record-keeping began in 1970, that fifteen tropical cyclones were active in the Central Pacific basin.

Here is a re-cap of our record-breaking year.

Three women visiting from Sweden survived after the car they were in rolled over the edge of the Kahekili Highway and plunged 80 feet down a cliff. Looking at how far the vehicle fell, firefighters at the scene said that it was remarkable that the women escaped serious injuries. 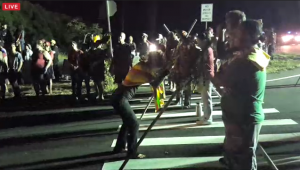 In August of this year, eight people were arrested during a demonstration against the ongoing construction of the Daniel K Inouye Solar Telescope atop Haleakalā.

Officers responding to Crater Road encountered trees, rocks and glass on the roadway. Police say demonstrators were also seated on the roadway in attempts to block the convoy from passing.

A separate blockade at the Central Maui Baseyard drew an estimated 150 participants and dispersed without incident. 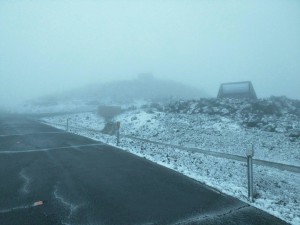 There were several “snow days” on the summit of Haleakalā this year. Maui Now got video and photos of the snow flurries which occurred in January and twice in early March. 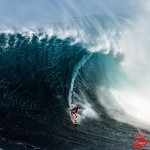 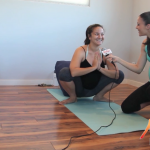