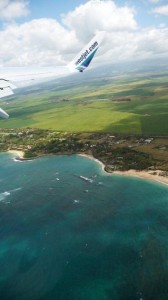 WestJet is offering the airline’s first flight from Alberta, Canada, to Hawai‘i on its own Boeing 767-300 extended-range aircraft. Previously, flights to the Hawaiian Islands had been taking place on leased aircraft.

“As we enter our 20th anniversary year, non-stop service from Alberta to Hawai‘i onboard our own wide-body aircraft is an exciting new chapter in the WestJet success story,” said Bob Cummings, WestJet executive vice president, commercial. “Albertans love non-stop WestJet service to Hawai‘i and we now have the opportunity to provide a full WestJet experience with our own Boeing 767-300 aircraft combined with our award-winning WestJetters.”

WestJet took delivery of its first Boeing 767-300 on Aug. 27, 2015, and has been flying the aircraft between Calgary and Toronto in order to obtain extended-range, twin-engine operation certification. This certification allows the aircraft to be operated for extended distances over water and is required for WestJet’s service to Hawai‘i and to London Gatwick, which commences service in May 2016.

“I want to thank the dozens of WestJetters across our network for their hard work and professionalism as we worked through ETOPS certification. Their efforts will bear fruit as these aircraft allow us to broaden our horizons,” concluded Bob Cummings.

The airline will operate two 767-300 aircraft from Calgary and Edmonton to Honolulu and Maui.

Each aircraft seats 262 guests. The aircraft include a Plus cabin with 24 premium seats in a two-by-two configuration, hot meals and all of the other amenities associated with Plus. The main cabin has 238 seats, with two seats on either side of the aircraft and three in the middle. One of the 767s will be equipped with WestJet Connect, the airline’s new inflight entertainment and wireless connectivity system while the other will include tablets loaded with movies and popular televisions shows. By spring, both aircraft will be equipped with WestJet Connect. 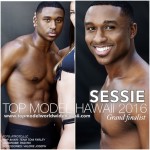