With a total attendance of more than 28,000 over 12 games, the 2015 Maui Jim Maui Invitational generated $17.2 million in visitor spending for the island of Maui according to new data provided by the Hawaiian Tourism Authority.

The new estimate marks a $3.9 million increase from the $13.3 million in visitor spending linked to the event in 2014.

According to the HTA, the tournament has contributed more than $205 million to the local island economy since its inception in 1984 and has welcomed 110 different schools from 40 states and Washington D.C. to Maui for the annual preseason event.

“The Maui Jim Maui Invitational annually attracts thousands of visitors, and this influx directly benefits the local communities and residents of our island,” said Terryl Vencl, executive director of the Maui Visitors and Convention Bureau. “We are proud to host the best teams and fans from around the country, and thrilled to showcase the culture, scenery, lifestyle and Aloha Spirit that are unique to Maui,” she said.

According to the HTA, all 12 games at the Lahaina Civic Center were televised live to a national audience by the ESPN network of stations, reaching more than 3.6 million households. In addition, Tournament games were seen internationally on ESPN Caribbean and ESPN Pacific Rim. 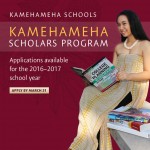 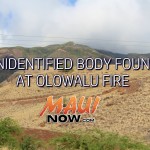