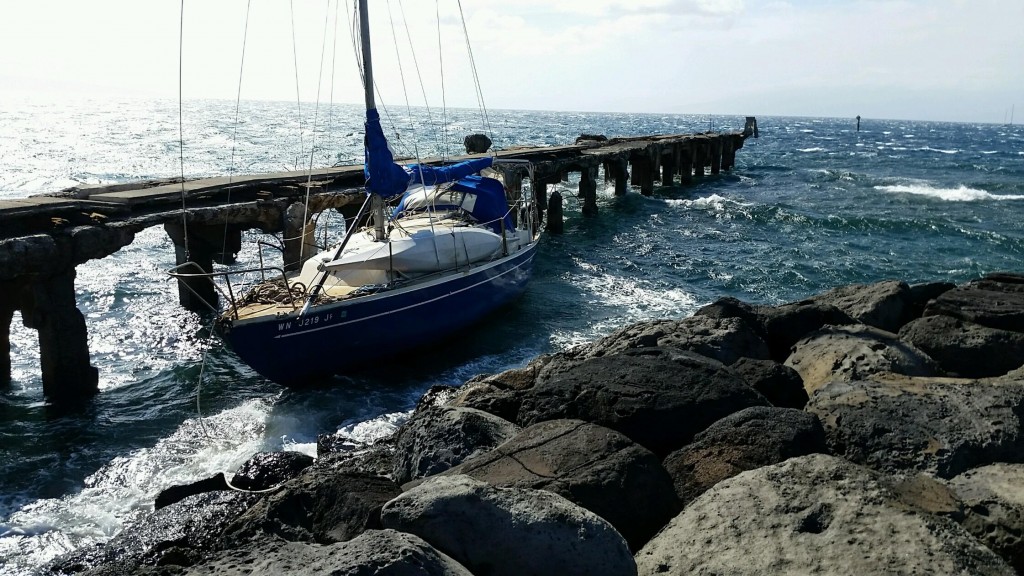 Maui firefighters responded to a reported vessel that ran aground at the Māla Boat Ramp in Lahaina at around 3:23 p.m. on Wednesday, April 6, 2016.

Upon arrival, Lahaina firefighters found a 20-foot sailboat wedged into the corner of the old Māla Wharf pier structure and the rock breakwater protecting the boat launch ramp. Authorities say the vessel was unoccupied and was found “banging up against the old pier.”

Fire officials say the owner arrived after firefighters had secured the vessel to boulders on the breakwater.

“The sailboat was moored within the Māla vessel mooring area and apparently broke its mooring from strong gusty winds blowing about 35 to 40 mph at the time,” said Maui Fire Services Chief Edward Taomoto.

It came to rest against the old Māla pier. Authorities say the vessel was not seriously damaged and was not leaking any fuel.

The US Coast Guard was in contact with the owner and would be coordinating the salvage and removal of the sailboat from the area. 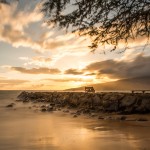