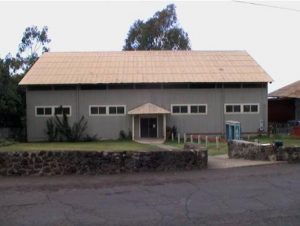 After leasing Waiakoa Gym for more than four decades, Maui County closed on a deal to purchase the gym this week, for $1.2 million plus closing costs. County officials say the price tag was lower than the initial appraisal of $1.4 million.

According to county records, the Waiakoa Gym was built as the result of community donations back in the 1930s and the county began leasing it in 1970. “For many Upcountry residents, the gym has as much sentimental value as it does practical use,” county officials said in a press release.

“That gym has been an invaluable resource for everyone Upcountry for the last half a century or more,” said Mayor Alan Arakawa. “I played basketball up there after school; so did all of my friends. And we didn’t use it just to play sports, they held meetings, youth programs, church events, you name it. Purchasing the gym was definitely the right thing to do.”

Mayor Arakawa said the purchase of Waiakoa Gym was the result of “community partnerships.”

“This really was a team effort. Thanks need to go out to the credit union because they agreed to give the county first right of refusal; to Guy Hironaka in Finance for making all of this happen, to Councilwoman Gladys Baisa for making us aware that the gym was up for sale and for bringing the proposal to us, and of course for the Maui County Council as a whole, for hearing our proposal and approving the purchase.

“Now hopefully they will approve more money to upgrade the gym so we can make sure it can be used for at least another half-century.” 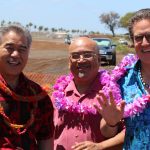 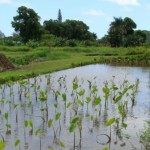