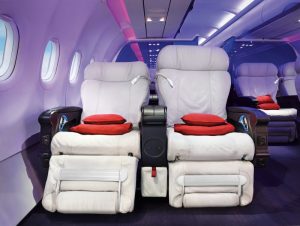 On June 14, the airline’s Hawai‘i schedule will grow again with daily nonstop flights from LAX to Maui’s Kahului Airport.

In honor of the new route, Virgin America is celebrating with a special “Now Serving Paradise” fare sale and a complimentary champagne POG mimosa toast for travelers onboard its inaugural flight.

Upon touchdown in Honolulu, the Hawai‘i Tourism Authority will greet travelers with an aloha spirit tradition upon arrival. The new LAX-HNL and LAX-OGG flights are on sale now and can be purchased at www.virginamerica.com or 1-877-FLY-VIRGIN.

Elevate members can redeem reward flights to Hawai’i with no blackout dates, for as few as 8,596 points. Members can earn more points by signing up for the Virgin America Visa Signature Credit Card.

The airline launched service to the Aloha State late last year, with the first flight from San Francisco touching down in Honolulu in November 2015.

Hawai’i remains the “most wanted” destination by members of Virgin America’s Elevate loyalty program and continues to be the No. 1 tourism destination from the West Coast, with over 3.5 million visitors in 2015.

Virgin America’s service is uniquely tailored to the modern traveler and to the longer-haul Hawai’i flight experience, with new aircraft that offer three custom-designed classes of service, touch-screen personal entertainment and an award-winning on-demand food and cocktail menu on every flight.

Virgin America has been named the “Best Domestic Airline” in both Condé Nast Traveler’s Readers’ Choice Awards and in Travel + Leisure’s World’s Best Awards for the past eight consecutive years.

“Virgin America travelers have long asked for routes to Hawai‘i and we’re thrilled to respond with the addition of service from Los Angeles just months after our popular flights from San Francisco began,” said John MacLeod, SVP of Planning and Sales at Virgin America. “Since we first launched service to Hawai‘i last year, the response from guests has been extremely positive, and now we’re pleased not only to bring Los Angeles travelers a new travel option to an iconic destination, but also to open up a number connecting flights between Hawai‘i and Virgin cities across the country.”

“Congratulations to Virgin America for making Hawai‘i easily accessible to its customers in Southern California and expanding its network for connections to major markets nationwide,” said George D. Szigeti, president and CEO of the Hawai‘i Tourism Authority. “Virgin America’s in-flight hospitality is a hit with its customers and will make a trip here even more welcoming as they come to experience Hawai’i’s culture, goodwill and natural beauty.” 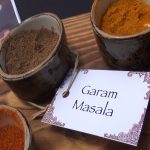 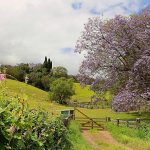