The Hawai‘i State Department of Education (HIDOE) Annual Financial Audit for the 2015 fiscal year confirmed that the department continues to be fiscally responsible in its oversight of its funds.

The audit looked at the combined financial data for HIDOE, the Hawai‘i State Public Library System and the Public Charter Schools.

“The report shows that our internal controls are appropriately structured to prevent and detect financial misstatements, which is key in ensuring that taxpayer monies are being monitored carefully and used efficiently,” said Superintendent Kathryn Matayoshi. “We are pleased with the audit’s minimal findings, and that the department remains on track with managing our finances.”

HIDOE’s financial audit provides an objective third-party examination of the presentation of the department’s financial statements for the most recent fiscal year, coordinated by the State of Hawai‘i’s Office of the Auditor. HIDOE elects to maintain a separate, independent audit, rather than being incorporated with a single State of Hawai‘i audit.

“We have been working diligently to implement corrections to accounting procedures for findings in the 2015 report,” said Senior Assistant Superintendent and Chief Financial Officer Amy Kunz.

The Office of Fiscal Service has already addressed the following:

During the past few years, HIDOE has increased its internal audits to identify areas in need of improved controls. This aligns with the DOE/Board of Education joint Strategic Plan, which calls for effective organizational, financial, human, and community resources in support of student success.

An action item regarding the audit was placed on the agenda for a Board of Education General Board Meeting, which will be held at Aina Haina Public Library tomorrow. The Audit Committee requested that the full board consider whether to accept and approve the audit report as presented to the committee.

The Hawai‘i State Department of Education is the ninth-largest US school district and the only statewide educational system in the country. Comprised of 256 schools and 34 charter schools, it serves more than 180,000 students. 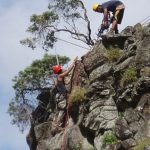 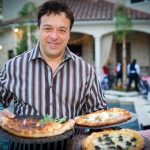