The plan includes converting Maui’s Mā‘alaea power plant to use natural gas. Savings for Maui customers are estimated at $15 per year.

The contract, the culmination of a request for proposals issued two years ago, would provide a cleaner, low-cost fuel to replace oil in the state’s transition to 100% renewables by 2045.

If approved, HECO envisions beginning use of natural gas in 2021 with a 20-year contract ending as Hawai‘i approaches its 100% renewable energy goal.

At the same time, Hawaiian Electric is asking the PUC for authorization to construct a modern, efficient, combined-cycle generation system at the Kahe Power Plant to get the maximum customer benefits from use of cleaner, less expensive natural gas; better support integration of renewable energy; and facilitate retirement of three older, oil-fired generators at the Kahe Power Plant.

“We are committed to achieving our state’s 100% renewable energy goal with a diverse mix of renewable resources,” said Ron Cox, Hawaiian Electric vice president for power supply. “As we make this transition, LNG is a cleaner-burning alternative that potentially can provide billions of dollars in savings and stabilize electric bills for our customers compared to continuing to rely on imported oil with its volatile prices. LNG is a superior fuel for the firm generation needed to keep electric service reliable as we increase our use of variable renewables like solar and wind.”

The Fortis Hawaii contract is also contingent on PUC approval of the merger of HECO with NextEra Energy. This project requires substantial upfront financial support and expertise that NextEra Energy can provide. If the merger is not approved, the Hawaiian Electric Companies would still be interested in pursuing on their own the benefits of LNG for customers, but the companies would need to negotiate a new contract, which likely would mean lower, delayed savings for customers and delayed benefits for the environment, HECO said.

HECO estimates the natural gas contract and greater efficiencies from modernized generation could save its customers from $850 million to $3.7 billion through 2045, depending on future oil prices.

At the same time, annual oil imports for electricity generation would be reduced by over 8 million barrels, or 80 percent, as soon as 2021.

The reduction of over 4 million tons in carbon dioxide emissions alone equals taking more than 80% of the state’s passenger vehicles off the road.

Savings on electric bills for typical residential customers using 500 kilowatt-hours a month, when compared to alternative generation planning scenarios using oil, could be as much as $390 a year for O‘ahu customers.

Savings for Hawai‘i Island customers are estimated at $100 per year.

The savings take into account the estimated $341 million cost of converting existing generating units to use natural gas at Kahe Power Plant on O‘ahu, Mā‘alaea on Maui, and Keahole and Hāmākua Energy Partners on Hawai‘i Island, and the estimated cost of $117 million for LNG containers.

The logistics system to deliver and offload the LNG will not require development of new infrastructure off- or on-shore in Hawai‘i.

“We know Gov. Ige has expressed opposition to importing LNG,” Cox said. “However, we have just reached contract terms with a supplier after a long negotiation and now have much more than a theoretical plan for the governor, Public Utilities Commission, energy stakeholders and the public to consider. We believe we have a responsibility to put forward an option that has significant economic and environmental benefits for the people of Hawai‘i, and that addresses some of the governor’s concerns.

“This proposal, negotiated with the added expertise and experience of NextEra Energy as an advisor, will support achieving our 100%t renewable energy goals,”Cox continued. “It will allow us to integrate increasing amounts of renewable energy at much lower cost, while providing more reliable service for our customers.

“Further, our plan keeps new LNG infrastructure, both on- and off-shore, to a minimum, and preserves flexibility to reduce LNG imports as renewable energy increases,” Cox said.

For 50 years, natural gas has been safely transported around the world in liquefied form for use in power generation, HECO said in a press release. It is subject to strong international, national and local regulation and monitoring for safety and environmental protection.

For Hawai‘i, this proposal will provide enhanced security of fuel supply by avoiding the risk of sourcing fuel from more remote and politically unstable locations,” the release stated.

Under the proposed plan, Fortis—an electric and gas utility business—would liquefy the gas piped from northeastern British Columbia at its Tilbury facility in Delta, near Vancouver.

The LNG would be transported from British Columbia to Hawai‘i in mid-sized LNG carrier ships.

HECO would use natural gas in power plants to generate the electricity delivered via island power grids to homes and businesses. As with all fuel purchases and purchased power, the actual cost of the natural gas would be passed directly to customers on electric bills, without mark-up or profit to HECO.

The price of natural gas will be tied to market prices in British Columbia, not to oil prices, providing lower, less volatile prices, especially as today’s low oil prices rise, as expected.

The contract provides for lower payments if HECO decides to take less than the full capacity commitment of LNG; for example, if more renewable resources come online more quickly than expected.

The vessels and trucks (owned by others) and the containers to import LNG under this plan are modular and movable, so a significant portion can be resold or repurposed when no longer needed to serve power generation in Hawai‘i.

The carrier ships, barges and possibly the trucks to deliver LNG to power plants will be fueled by LNG, further reducing oil use in Hawai‘i.

To gain the greatest savings for customers and better ensure reliable service as the integration of renewable energy increases from variable sources like sun and wind, HECO also proposes to modernize the generation fleet on O‘ahu.

Three steam generators at the Kahe Power Plant (Units 1–3) would be deactivated by the end of 2020, when each will be over 50 years old, and replaced with an efficient, combined-cycle generation system located at the plant further from the shoreline than the existing units.

The location will provide greater energy security, for example, from tsunamis, and a less visible profile.

The combined-cycle system would include three modern, quick-starting, fast-ramping combustion turbines with three heat recovery steam generators and a single steam turbine to generate power using the waste heat that is recovered.

This flexible, fuel-saving combination would be 30% more efficient than the deactivated generators.

This modern generation is needed to balance the increasing amounts of variable renewable energy being added as Hawai‘i transitions to 100% renewable energy, the press release continued. The combined-cycle system will be capable of using renewable biofuels.

To secure these benefits for customers as quickly as possible and ensure reliable service as the new combined-cycle system replaces old generating units, HECO is seeking the PUC’s permission to construct the new generating system with an estimated in-service date of January 2021.

In the commission’s “Inclinations on the Future of Hawaii’s Electric Utilities” (April 28, 2014), the PUC recognized the need for generation modernization and stated that Hawaiian Electric Companies need to “move with urgency to modernize the generation system as delays are lost savings opportunities” and should “expeditiously…[m]odernize the generation to achieve a future with high penetrations of renewable resources.”

The proposed combined-cycle system is intended to be responsive to these PUC concerns.

The estimated cost for modernized generation at Kahe Power Plant and to interconnect the new system to the grid is $859 million. This cost is factored into the overall savings projected for the LNG plan.

Natural gas could also be used at the planned Schofield Generating Station and other future generating sites to provide savings for customers.

An Environmental Impact Statement will be prepared.

In addition to thorough PUC review with input from the Consumer Advocate, community stakeholders and others will have many opportunities for input through the extensive environmental review and permitting approval process. 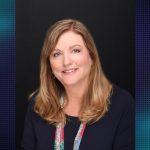 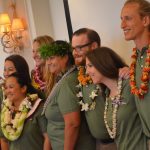