On December 2014, the premier ride service, Uber, arrived on Maui and had since been changing how passengers connect with drivers. Through the Uber smartphone app, passengers can request and pay for a ride with the tap of a finger.

Through Uber’s local and visitor focused promotions, the ride service company has seen consistent growth since its arrival. On July 2015, the service offered to deliver frozen treats from Tasaka Guri Guri for their global Uber Ice Cream promotion. Currently, the Four Seasons Resort at Wailea offers Uber’s “Black Car” service – a roundtrip car service from a passenger’s home to the airport – as part of a guest’s Oceanview or Residential Suite package.

Uber’s growth on Maui, however, continues to face many challenges. On December 2015, the Honolulu City Council and State Lawmakers considered passing legislation that could threaten the company’s operations in Hawaiʻi. Since then, the company started a campaign asking their passengers to sign a petition against the legislation. On May 5th, 2016, the Hawaiʻi State Legislature session closed with no legislation passed and 25, 527 petitions signed from Uber passengers.

Uber proudly markets themselves as “better, faster, and cheaper than a taxi,” and that their presence “empowers residents with a new economic opportunity.”

According to direct estimates from the company, a trip from Lahaina to Kahului Airport using the UberX service costs $40 to $53. On the other hand, Lahaina Taxi Service’s website shows the company charging the same route for $65 to $78. On average, an UberX ride is 64% or $26.50 cheaper than the average taxi service on Maui. However, this is only true without surge pricing, a pricing method used when there is a higher service demand than the number of drivers available on the road – increasing the price of the ride service.

Uber representative, Taylor Patterson said that their focus on safety before, during, and after each trip makes their service better than taxis on Maui. According to Patterson, “Uber drivers are required to go through a detailed screening process, while it is unclear from these requirements whether taxi drivers on Maui are required to undergo background checks.”

“Riders also know they can choose Uber instead of drinking and driving due to the reliability and affordability of the service,” Patterson added.

Patterson’s comments ring true for Sean Shugar, a Maui visitor from California saying “[My] First time using Uber was on the island of Maui, well worth it. The wife and I went to dinner with the intent of drinking, we figured this was our best option, and it was. Fast and easy.”

However, many residents like Eryn Pendergast did not know the service existed on Maui. “There is Uber on Maui? I thought it was only available on Oʻahu,” Pendergast commented.

Although Uber’s presence on Maui seems to be working well with visitors and has yet to penetrate widespread local interest, a recent discussion with Mayor Arakawa shows that the future of the nationwide transportation network on Maui remains elusive. 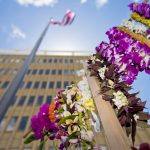 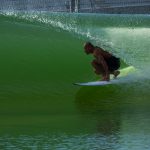