The Hawaiian delegation representing Maui Rotarians and District 5000 at the Seoul convention.

Maui Rotarians joined the secretary general of the United Nations, the prime ministers of Korea and Sri Lanka and even the late founder of Rotary, Paul Harris, via hologram, at the recent 2016 Rotary International Convention.

Held from May 28 to June 1 at the Korea International Exhibition Center in Goyang, Gyeonggi, the meeting was the largest in the organization’s history.

Maui Rotarians gathered with fellow members from across Hawai‘i to represent District 5000.

Ki-moon emphasized the history of partnership between Rotary and the UN.

“Rotarians helped with the founding of the United Nations,” he said, noting Rotarians presence at the 1945 San Francisco conference that led to the formation of the UN.

“I congratulate Rotary International for helping to reduce polio by 99 percent,” Ki-moon said.

Other speakers at the convention discussed the environment, peace, slavery and the future.

“It is communities like Rotary that will explore and change the world,” said Gary Knell, CEO of National Geographic Society.

Many speakers praised the organization’s work and spirit of commitment.

“Through your great work you can paint a story for the most unfortunate people in the world,” said Dananjaya Hettiarachchi, 2016 Toastmasters International World Champion of Public Speaking.

Maui’s Rotarians came from across the island with one common purpose.

“Those of us who attended from Maui were proud to represent our island and our state to the world,” said Carmen Karady, Club Service chair of the Rotary Club of Lahaina Sunset. “The inspiring speakers demonstrated what Rotary is all about. As Rotary International President K.R. Ravindran said, ‘If you join Rotary, you will never regret it’”.

Rotary is a leadership organization made up of local business, professional and civic leaders. Clubs hold regular meetings where members are able to form friendships and participate in activities that serve their communities. 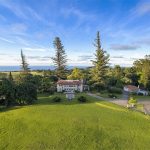 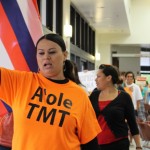