The event celebrates two decades of outstanding performances and personal accomplishment for the some of the world’s strongest paddleboarders.

Presented by Kona Longboard Island Lager, the 2016 event welcomes hundreds of athletes from 16 countries who will test their navigational skill and athletic strength across 32-miles of open ocean in the disciplines of stand-up (SUP) and prone paddleboarding.

The elite athlete field of men and women is made up of a deep field in the prone division, representing the race’s roots before SUP gained popularity. Head-to-head battles by current and former champions highlight both the men’s and women’s SUP divisions.

The race starts on Kaluakoi Beach on the north shore of Moloka’i and finishes in Maunalua Bay on the south shore of O’ahu.

Founded in 1997, M2O is an open-ocean endurance paddleboard challenge, featuring racers in both the prone and stand-up (SUP) divisions. Connecting the islands of Moloka’i and O’ahu, the 32-mile race crosses the Ka’iwi Channel.

Men and women from more than 20 countries face challenging conditions as they navigate the fastest downwind route over one of the deepest channels in the world.

Top athletes typically complete the crossing in less than five hours, riding mid-channel waves that can crest more than 12 feet and carry paddlers hundreds of meters. 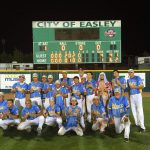 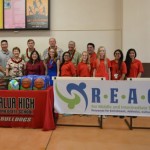