MauiWine: How Our Island’s Vineyard Grows

In the crisp, sometimes misty air of ’Ulupalakua, with sweeping ocean views of Maui’s South side, the grapes of MauiWine grow. There are about 16 acres under vine, all carefully netted to protect against the determined birds, hoping to taste the grapes ahead of any human.

“We’re the only vineyard on Maui, so every myna bird on the island comes up here during harvest time,” explains sales and marketing director Joe Hegele, who grew up on the ranch and gathered experience in Oregon’s wine industry.

Where they came from. It’s a place that holds a history unlike anywhere else on the island. The land once known as Rose Ranch was established more than 150 years ago, and includes The King’s Cottage, built in 1856 for King David Kalākaua, who used to visit the ranch. There’s also a building known as The Old Jail, a stately office from the 1880s, now used for special wine tastings. Even the lab is in the old creamery, and crews still use an old mixing tank from back in the day.

“Most wineries, they were built to be wineries. For us, we’re using historic buildings and kind of retrofitting them,” says Hegele. “When we redo something and rebuild something, we don’t want to try and make it something it’s not; there’s a connection to the history.”

Back in the 1870s, a ring of cypress trees was planted for King Kalākaua, the “Merrie Monarch,” so he could watch hula troupes perform in his honor – a favorite pastime during his visits to Rose Ranch.

The trees stood tall for almost 150 years, until winter winds in 2012 brought down two of the 145-foot trunks, revealing the unsafe condition of all. But instead of removing them, Maui’s Winery asked local artist Tim Garcia to carve the remaining trunks in a way that told their profound story. The stunning wooden statues remain in a circle outside The King’s Cottage, representing hula dancers, guardians, obelisks, an Infinity Vessel and a male figure to symbolize King Kalākaua.

The profound sense of place in ’Ulupalakua transfers into the products, including what Hegele calls their “crazy Pineapple wines!” What began as a temporary operation while waiting for the vineyard to mature in the 1970s has developed into one of the most successful Hawaii-made products to date. Maui Blanc, the original pineapple wine released in 1977, has paved the way for Maui Splash and Hula o Maui sparkling pineapple wines, now made with fresh pineapple instead of a processed product. Crews crush up to 80,000 pounds of Maui Gold pineapples every three weeks, handpicked by the winemaker in the fields at Hali’imaile Pineapple Company.

“Certain wines are a certain way because of where they came from and the fruit that’s grown in that area,” says Hegele. “We grow some of the best pineapple in the world here on Maui, so making wine out of it, that’s a cool thing.” 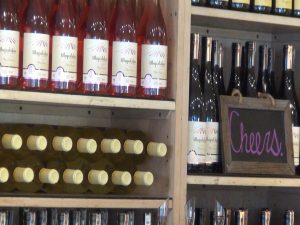 A range of bottles at the MauiWine tasting room. Photo by Kiaora Bohlool. 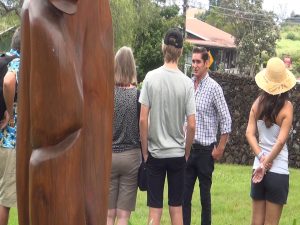 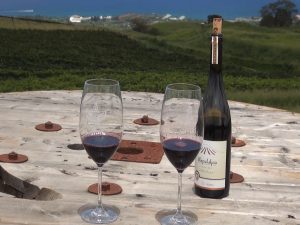 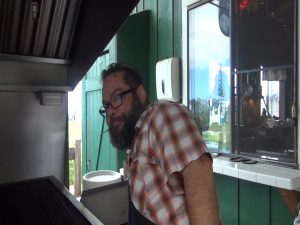 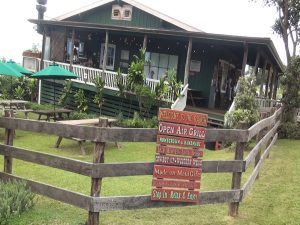 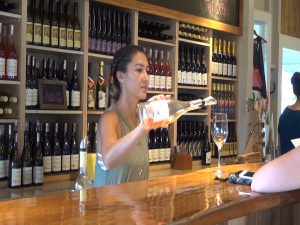 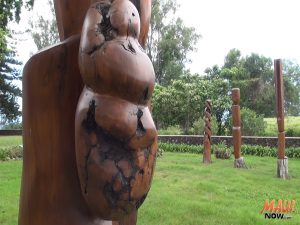 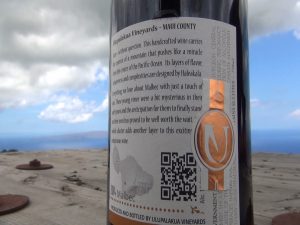 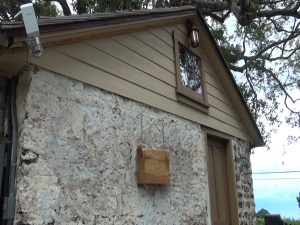 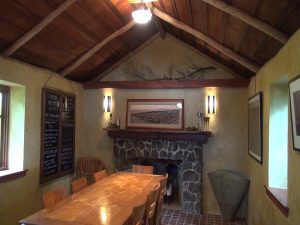 The Old Jail at MauiWine. Photo by Kiaora Bohlool. 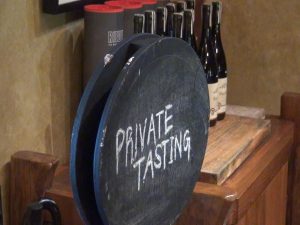 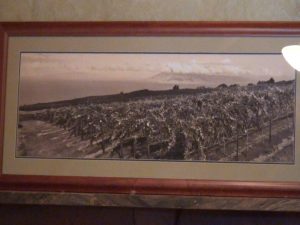 Old photo of the ranch in ‘Ulupalakua. Photo by Kiaora Bohlool. 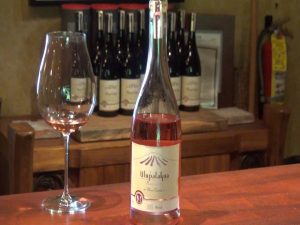 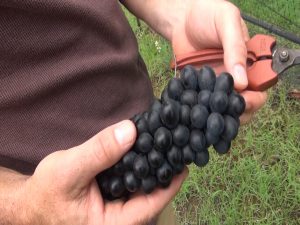 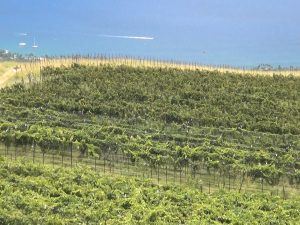 16 acres under vine in ‘Ulupalakua. Photo by Kiaora Bohlool. 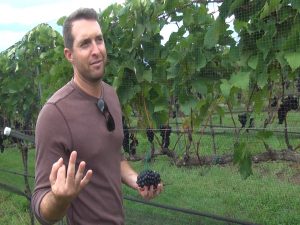 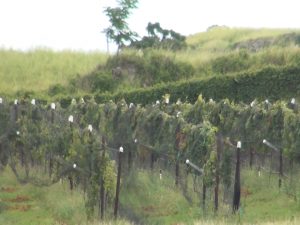 Grapes grow at the vineyard in ‘Ulupalakua. Photo by Kiaora Bohlool. 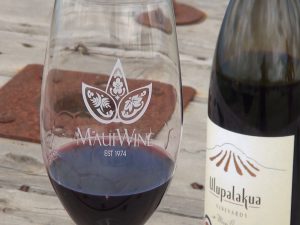 For those who work up an appetite after the wine tour and tasting, the ’Ulupalakua Ranch Store & Grill offers grass-fed burgers with local elk, beef, lamb and venison, which will soon be sourced on Maui. The burgers have become so popular, they’ve expanded the grill hours from 10 a.m. to 5 p.m. daily.

“We try to use everything local that we can. The buns are made downtown at Home Maid Bakery, we use Waipoli lettuce, we use real Kula onions; the tomatoes are local too,” says Grill Chef Will Munder.

While the food comes fast, wine is known as a “long-term game,” since it takes about five years of growth to figure out if a certain varietal is working. That means a lot of trial and error, adaptation to climate and learning from experience, especially as Maui’s sole commercial vineyard.

“There’s nobody to call and say, ‘Hey, what are you growing, is it working? Great!’ We’re doing this all on our own, so when we plant something we try to find little connections,” he says.

Hegele describes their products as “acid-driven, lower-alcohol, cooler-climate style of wines,” and says the grapes are helping MauiWine enhance its own unique identity.

“There’s certain things you can find in all of it, where it’s like ‘Oh, that’s ’Ulupalakua!’ That’s a representation of where the grapes were grown,” he explains.

The identity extends beyond the wine…to the wineglass, adorned with a new logo that pays respect to three important aspects. Visualized with the leaf of a grapevine, crown of a pineapple and flower to represent the historic Rose Ranch, the business’ new name, MauiWine, is simple for a reason.

“We want to make wine that fits Maui,” says Hegele.

With a company motto of “what was then is now,” MauiWine and its committed staff pay tribute to the past while proudly tending the present fields, priming them for healthy, memorable growth into the future.

“If you want to take our Syrah or our Grenache and compare it to anybody else, the reason why it’s different is where the grapes were grown,” Hegele says. “On the winemaking side and the choices that you make and the hands that are touching the vines throughout the year, that’s all still a representation of place. It all comes back to here.” 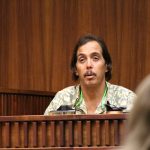