The event this year features host Chaminade, *No. 18 UConn, Georgetown, No. 6-ranked North Carolina, Oklahoma State, No. 5 Oregon, Tennessee and No. 9 Wisconsin.

Wisconsin coach Greg Gard said, “Obviously it’s great to be here on the island and the hospitality we received has been terrific. As always trying to get the first game is always the one you want to get under your belt.”

Wisconsin’s Bronson Koenig, “I thought they did a pretty good job of getting up and pressuring us, trying to speed us up. And I mean it’s early in the year and it was a good test for us and it’s just kind of showed us what we need to work on. We need to slow down not let them speed us up. And play at our pace and control the tempo more so.”

Tennessee coach Rick Barnes also commented saying, “If you look at the game, the ebbs and flows of the game would go to the rebounding. When they had control of it they were really rebounding. When we were getting back in the game and actually took the lead, it was because of rebounding.”

Tennesse’s Shembari Phillips said, “I just think we came out a little lackadaisical. We have to come out just ready to play from the jump. Don’t let other teams jump out on us first, be the enforcer, and dictate what happens, and we’ll be all right.”

The 2016 field has combined for 14 national championships, including six squads that have won at least one NCAA title, 40 Final Four appearances and 198 NCAA Tournament berths.

Last year’s event attracted more than 23,000 people and generated an estimated $17.2 million in visitor spending for the island of Maui.  Since its inception in 1984, the tournament has contributed more than $205 million to the local island economy. 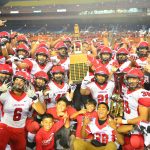