Last night, Ian Walsh and crew took over the MACC for the world premiere of his new film, Distance Between Dreams. The premiere was a major success, with two sold out showings followed by a raging after party. Maui’s surf community and fans alike packed the theater to it’s limits.

The film captured an unprecedented view into Walsh’s world, as he trained to defy death and redefine the upper limits of what’s considered rideable. Starring in the film is: Shaun, DK, and Luke Walsh, Shane Dorian, John Florence, and Greg Long. After years of hard work on this project, and a historic winter season for big waves, Walsh proudly unveiled his film to a massive home crowd.

“I wanted to invest my time and energy into a project that would give people a very comprehensive look into everything that we put into surfing big waves. In Distance Between Dreams, we are able to share the good, the bad, the hard work, and resulting satisfaction that you feel when you push yourself further than you ever dreamt possible,” said Walsh. “Fortunately for us, the year we decided to film coincided with a record El Niño giving us an opportunity to time mark one of the best big wave seasons ever.”

Director Rob Bruce said, “Rather than make a typical surf film that only shows what big wave surfers do, we made a film that shows who these exceptional individuals are. Very few people realize what guys like Ian and his brothers go through every day, not only physically, but also emotionally and personally to remain ready and at the top of their sport year-round. It’s a fascinating and crazy lifestyle that creates unique characters and inspiring camaraderie.”

Between the first person perspective, gorgeous state of the art cinematography, and riveting soundtrack, Distance Between Dreams kept those in attendance on the edge of their seats. It premieres at the Turtle Bay Resort on O’ahu Dec. 2, and will be released digitally the same day. 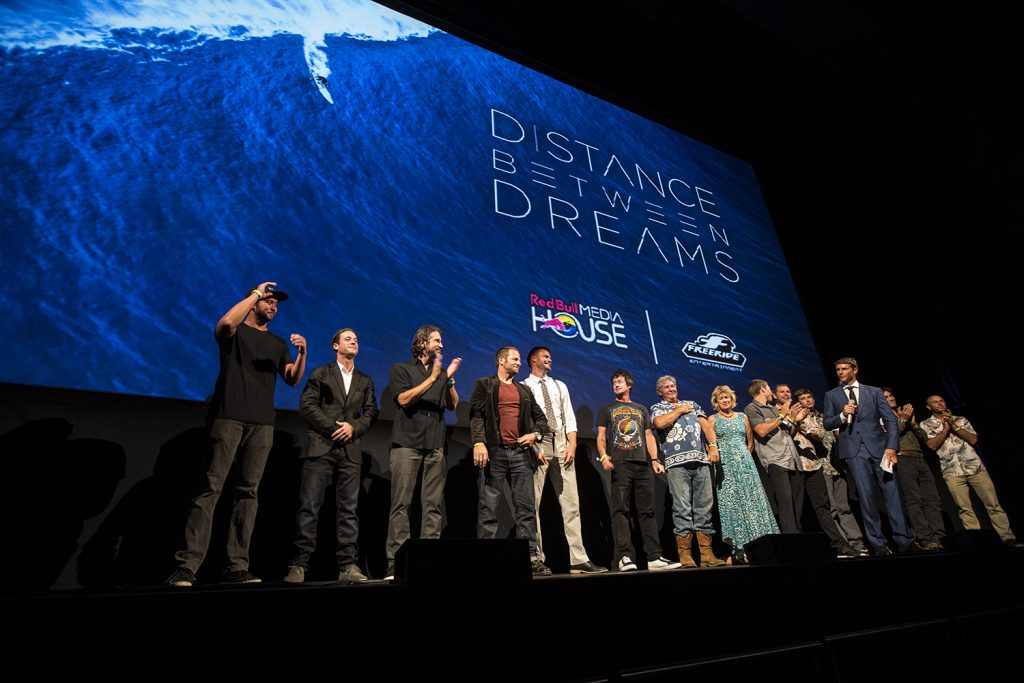 Cast and crew join Ian to introduce the film. 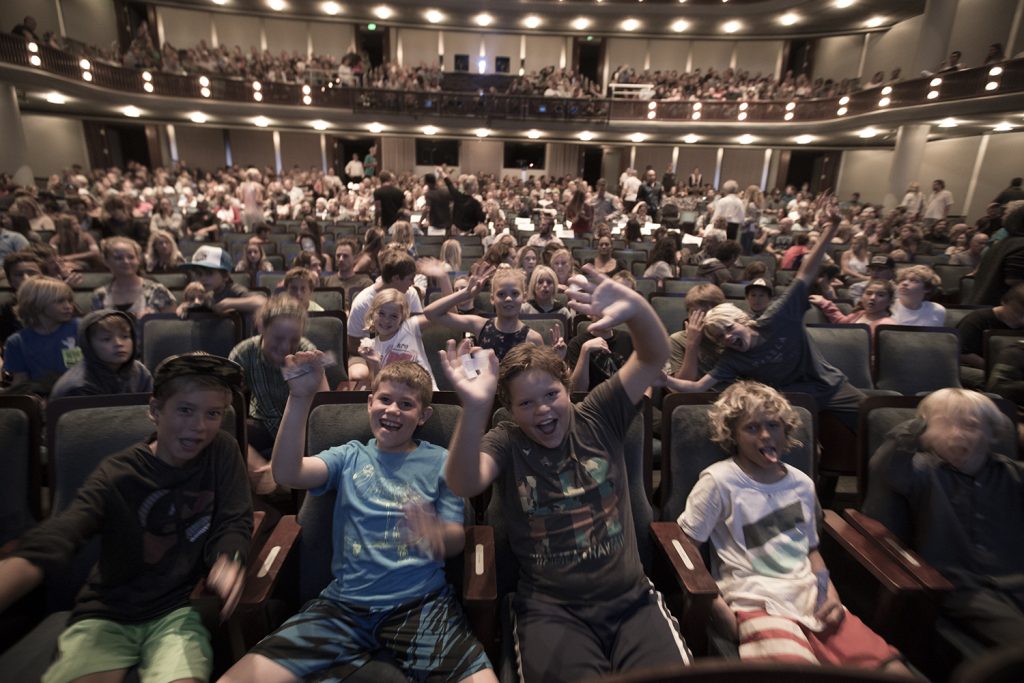 It was an exciting evening all around, and these expressions say it all. 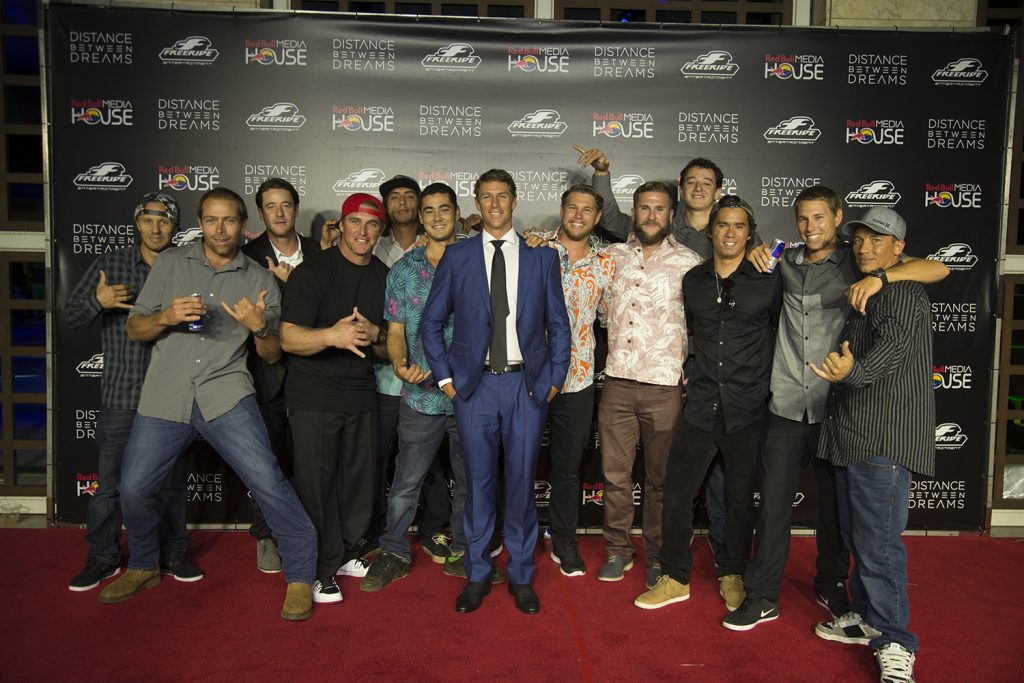 Ian with family and friends. 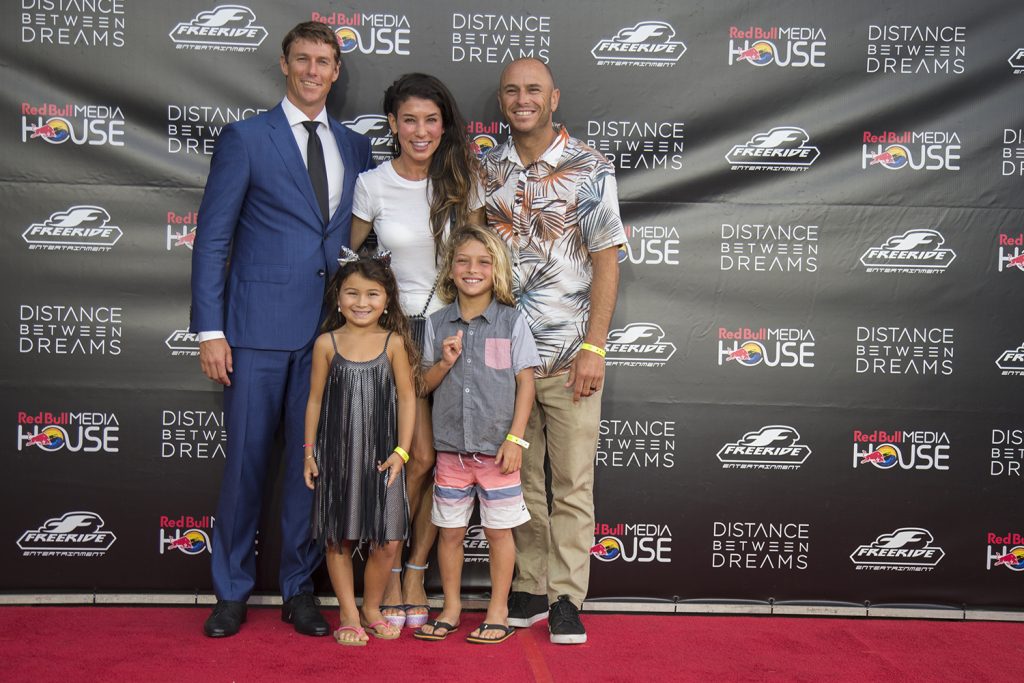 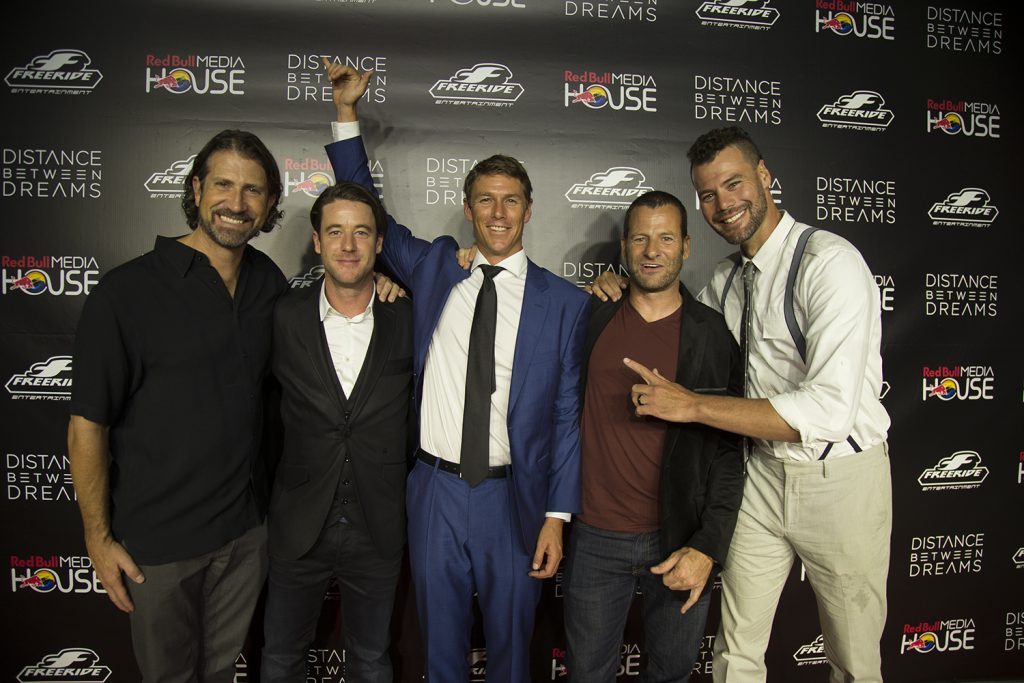 Some of the men who made this movie possible. Claude Merkel, Clark Fyans, Ian Walsh, Steve Reska, and Ben Bryan. 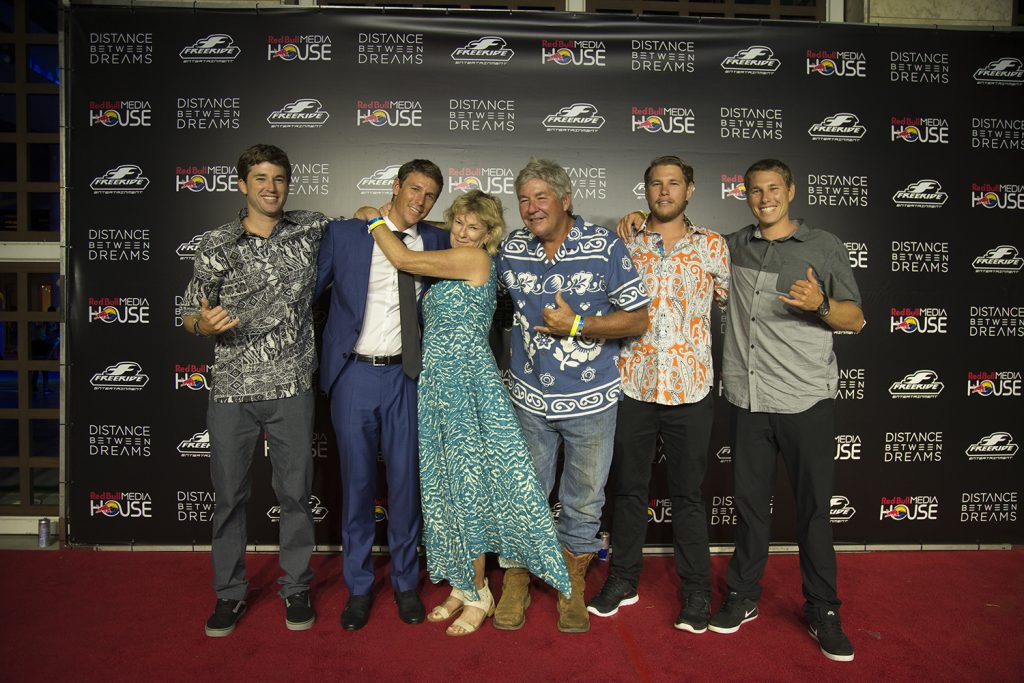 The Walsh family, all smiles. 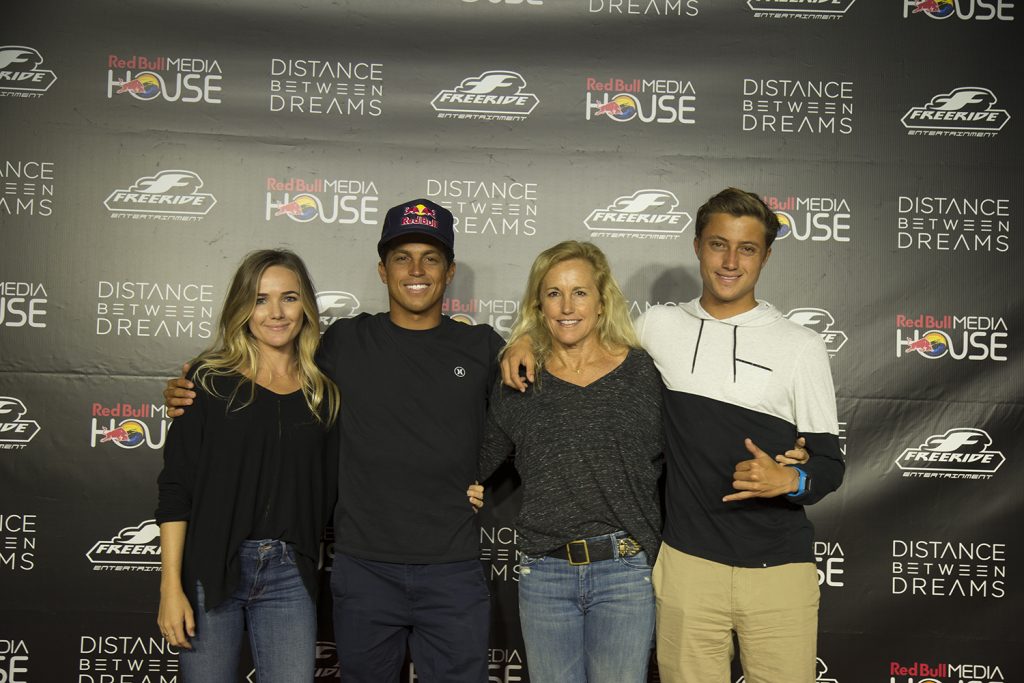 Also in attendance was Kai Lenny, with friends and family. 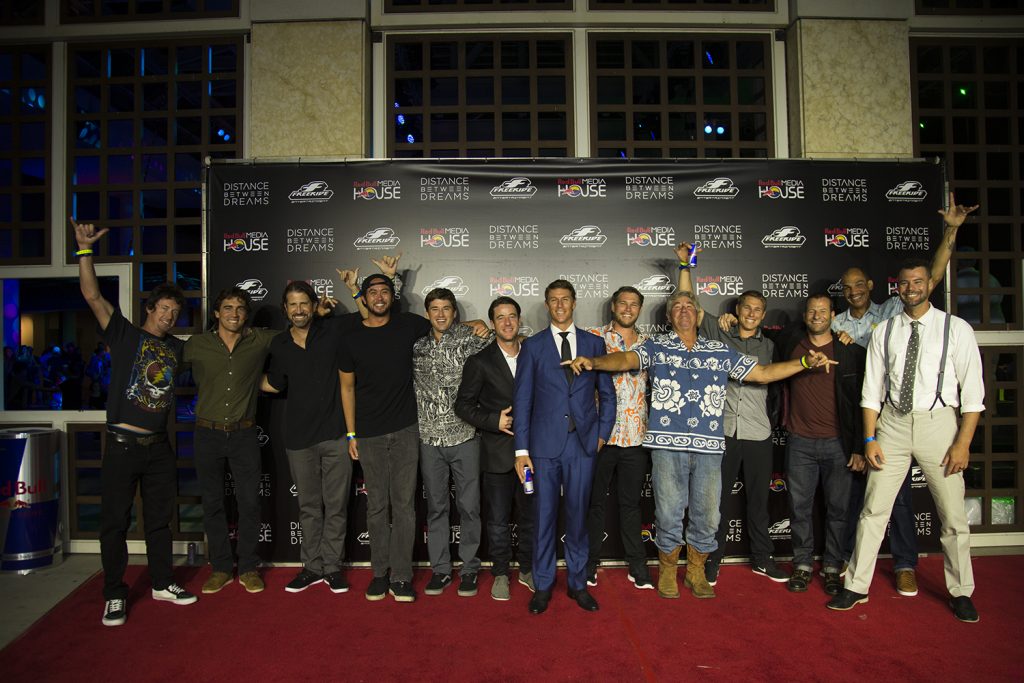 Ian, with the film’s cast and crew. 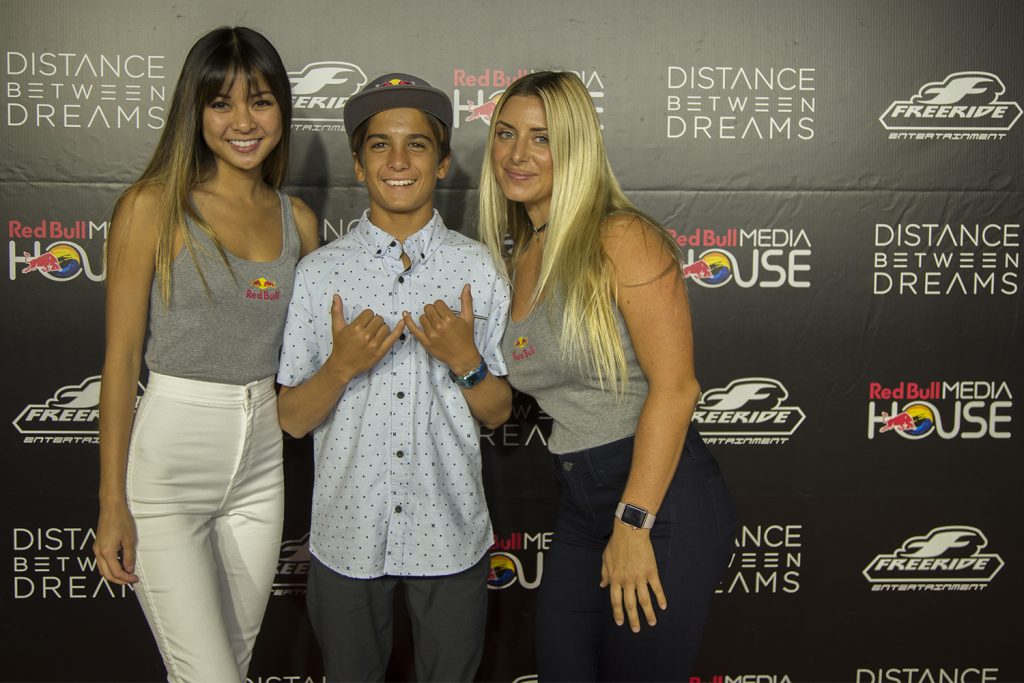 The DJ kept the night alive well after the film finished for the afterparty hosted by Redbull. 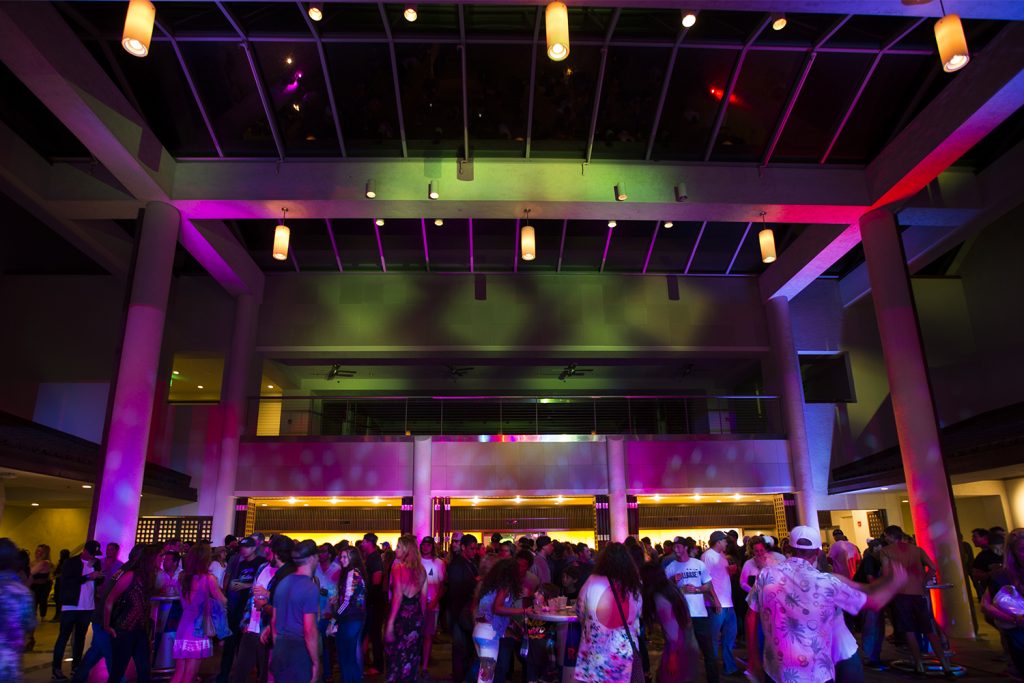 The premiere afterparty was one for the books.