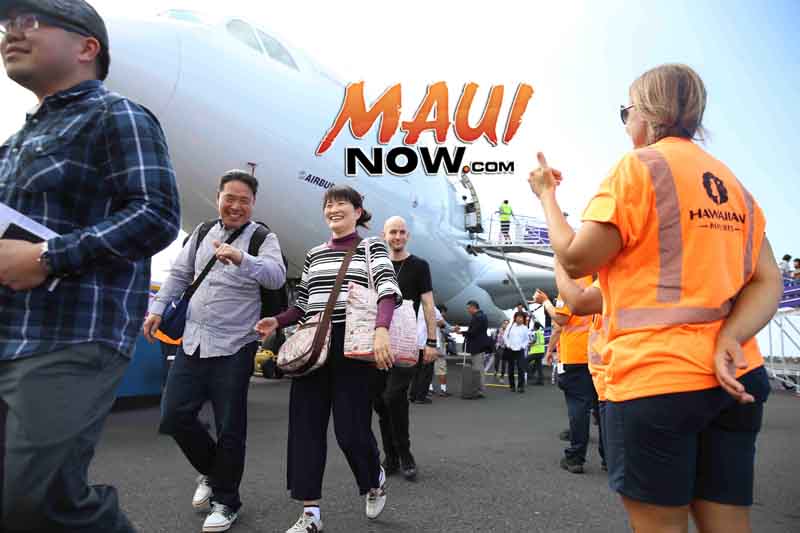 Hawaiian Airlines today celebrated the launch of its non-stop service between Haneda and Kona International Airports, bringing flights from Japan back to the Island of Hawai‘i for the first time since 2010.

Regularly scheduled international flights to Kona began in 1996, but were discontinued in October 2010.

The resumption of international flights to Kona is expected to boost tourism spending, create jobs and generate millions of dollars for the state economy. 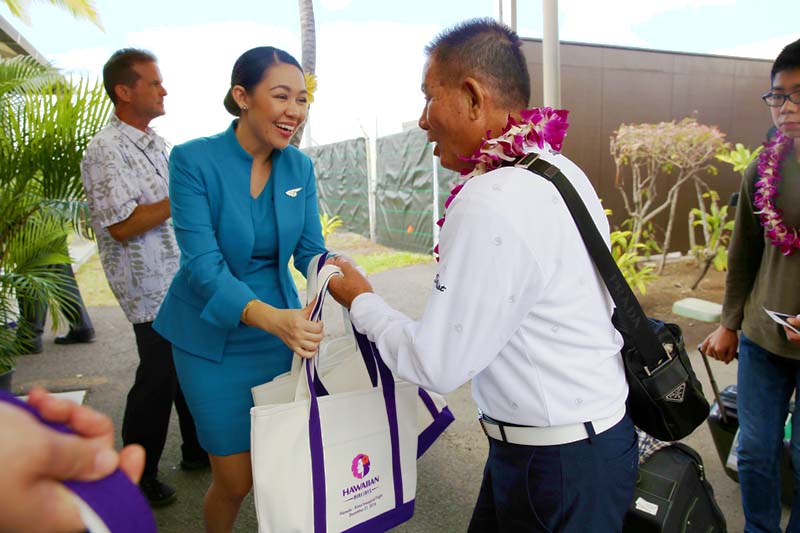 George D. Szigeti, President and CEO, Hawaiʻi Tourism Authority said, “Hawaiian’s Haneda-Kona service will provide a boost to the tourism industry for the island of Hawaii and the State as we enter 2017. We project these flights will generate $54.2 million in visitor spending and $6.1 million in state tax revenue annually.”

Hawaiian, Hawai‘i’s flagship carrier, invited more than 100 supporters of its application for the new service to welcome HA Flight 852, which landed in Kona shortly after noon. The crowd, including Gov. David Ige, U.S. Sen. Mazie Hirono and Hawaiʻi Island Mayor Harry Kim, gathered outside of the newly established federal inspection facility at Kona airport just prior to the flight’s arrival.

Hawaiian’s tri-weekly service between Haneda in Tokyo and Kona is the latest route in the airline’s fast-growing international network and adds to its robust presence in Japan. It follows the launch in July of daily service between Narita and Honolulu, and further complements Hawaiian’s flights from Haneda, Osaka and Sapporo to Honolulu.

“We are delighted to welcome the first non-stop flight from Tokyo to Kona in six years,” said Gov. David Ige, who was on hand to greet the flight. “This new service will lift the economy of our state and allow visitors from Tokyo direct access to the magnificent Kona Coast and all that Hawai’i Island has to offer.”

“Our Japanese guests have been increasingly drawn to the vast wonders of the Island of Hawai’i and, in fact, our flight today is almost full,” said Mark Dunkerley, president and CEO of Hawaiian Airlines. “We are sincerely grateful for the support we have enjoyed from our Japanese travelers, and thankful to all of the local businesses, government officials and community members who backed our application to resume flights from Japan to the Big Island.”

“Hawaiian has performed superbly with its nonstop service between Haneda and Honolulu, and we anticipate travelers from Japan will embrace these new flights to Kona and how this opens up more of Hawaiʻi to explore. The opportunity to book a nonstop flight from Haneda to Kona will help strengthen travel demand from Japan and make Hawaiʻi even more appealing as a destination,” said Szigeti.

Prior to departing Haneda, guests aboard today’s inaugural flight were treated to a special gate-side ceremony featuring Hawaiian music and hula, refreshments, a traditional Hawaiian blessing and the giving of fresh flower lei.

The arrival of HA852 culminates a months-long process to return flights from Japan to Kona. In April, Hawaiian applied to the US Department of Transportation to offer three times weekly service between Haneda and Kona, along with a second frequency four times weekly between Honolulu International Airport and Haneda. Hawaiian made the case that flights between Hawai‘i and Japan are the most traveled and most beneficial to the U.S. economy, and noted the Haneda-Kona service would open up Hawai‘i’s largest unserved international market.

The US DOT granted Hawaiian’s request in May, and earlier this month the US Customs and Border Protection announced the re-establishment of a FIS at Kona airport to process guests arriving on Hawaiian’s flights.

Hawaiian will operate its new Haneda-Kona and Haneda-Honolulu services with wide-body Airbus A330-200 aircraft. The fleet is currently being retrofitted to include 18 lie-flat seats in the Premium Cabin, 68 Extra Comfort seats and 192 seats in the main cabin. From the moment guests arrive, they will enjoy Hawaiian’s signature Mea Hoʻokipa (translation: I am host) onboard service, long-celebrated for its warm and friendly celebration of the culture, people, and Aloha Spirit of the Hawaiian Islands.

Hawaiian, Hawaiʻi’s largest and longest serving carrier, was among the first three U.S. airlines granted authority to operate at Tokyo’s Haneda airport in 2010. For the last six years Hawaiian has transported over half a million passengers out of Haneda – more travelers than any other U.S. carrier – and 2.2 million passengers between Japan and Hawaii. Its service to Honolulu alone has added at least $941 million to the U.S. gross domestic product, generated $564 million in direct spending and led to the creation of 2,337 new jobs.

Hawaiian has also hired 34 employees in Kona associated with the new flight operation. 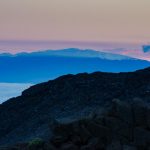 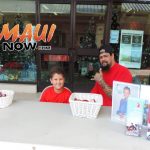