The lawsuit alleges that six generic drug-makers entered into illegal conspiracies to unreasonably restrain trade, artificially inflate prices and reduce competition in the US for two generic drugs: doxycycline hyclate delayed release (an antibiotic) and glyburide (a diabetes medication).

The amended complaint increases from 20 to 40 the number of plaintiff states in the lawsuit. It also alleges violations of state antitrust laws and state consumer protection laws.

In July 2014, Connecticut began to investigate the reasons behind what they called “suspicious price increases” of certain generic pharmaceuticals. According to the complaint, the investigation, which is still ongoing as to a number of additional generic drugs, generic drug companies and key executives, “uncovered evidence of a well-coordinated and long-running conspiracy to fix prices and allocate markets for doxycycline hyclate delayed release and glyburide.”

The amended complaint further alleges that the defendants routinely coordinated their schemes through direct interaction with their competitors at industry trade shows, customer conferences and other events, as well as through direct email, phone and text message communications.

The complaint alleges that the anticompetitive conduct – including “efforts to fix and maintain prices, allocate markets and otherwise thwart competition” – continues to cause significant harm to the country’s healthcare system.

The lawsuit was filed under seal in the US District Court for the District of Connecticut. 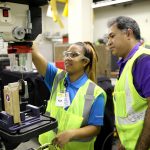 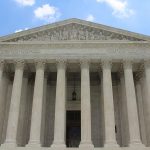