EPA Opens Civil Rights Investigation Over Pesticide Use In Hawai`i

Today, the US Environmental Protection Agency announced it is launching an investigation into whether the Hawai`i Department of Agriculture and Agribusiness Development Corporation have been violating Title VI of the US Civil Rights Act by engaging in practices that have the effect of discriminating against Native Hawaiians. Title VI prohibits a recipient of federal funds from acting in a manner that has a disparate impact on the basis of race, color, or national origin, regardless of whether the impact is intentional.

Earthjistice claims ADC facilitates the “constant drift of pesticides and pesticide-laden dust into Native Hawaiian communities” by leasing thousands of acres near them to heavy pesticide users, primarily genetically engineered seed companies, that spray tens of thousands of pounds of toxic pesticides each year.

Earthjustice further claims “ADC makes no apparent effort to avoid these impacts, to protect these communities or even to consider the effects of its actions on them.”

Although HDOA has broad powers to limit communities’ pesticide exposure — through enacting regulations, restricting pesticide registration, and enforcing pesticide use laws, Earthjustice alleges “it has made remarkably little effort to do so. Instead, it routinely registers pesticides for local use without considering their impacts on Native Hawaiians, has lax enforcement, and fails to enact or support protections such as buffer zones and pesticide disclosure.” The environmental law firm claims these failures “disproportionately harm Native Hawaiians in West Kauaʻi and on Molokaʻi, where large populations of Native Hawaiians live very close to large-scale spraying operations.”

Community groups The Moms On a Mission Hui and Pōʻai Wai Ola/West Kauaʻi Watershed Alliance, represented by Earthjustice, filed a complaint in September 2016 calling on EPA and the US Department of Agriculture to launch an investigation into whether the state agencies are violating the civil rights of Native Hawaiians by allowing and encouraging heavy pesticide use near their communities.

“I am a Native Hawaiian mother of two children who have had to be tested for pesticide exposure,” said Malia Chun, member of The MOM Hui. “Both my children tested positive for 32 different pesticides. I come from a community with one of the highest populations of Native Hawaiian and native speakers in the state of Hawai`i. We are surrounded by test fields for genetically modified crops that have restricted-use pesticides sprayed on them daily. We need action to protect my community’s health and wellbeing.”

“We are pleased the EPA has agreed to investigate these practices,” said Earthjustice attorney Paul Achitoff who helped draft the complaint. “The spraying of toxic chemicals on and near Hawai`i’s affluent neighborhoods would not be tolerated. It’s not acceptable in these neighborhoods, either. Native Hawaiians deserve much more than the State’s vague assurances and voluntary gestures from pesticide users.” 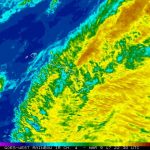