It was a night of fun and fine dining for grown-ups, cultivated by kids.

“Our guests are able to enjoy the product of our programs; they’re enjoying things out of our school gardens, so that’s pretty unique,” says Malia Bohlin, Development Director for Grow Some Good.  The nonprofit helps set up thriving gardens in public schools to teach students about not only agriculture, but also sustainability, nutrition and healthy living.

Many notable chefs took part in the Taste of School Gardens to benefit Grow Some Good, creating dishes inspired by fresh produce and herbs students grew in 12 schools across Maui.

Grow Some Good helps around 3,000 students establish, tend and harvest their own gardens, learning about soil building, seedlings, transplanting and more.

In fact, Chef Morrin’s dish was made to look like it was just harvested, with peas and carrots sitting atop what he calls “culinary soil” — a blend of porcini mushrooms, almonds and toasted bread.

“It’s kind of like eating a garden in a bite,” says Morrin. “I had a lot of fun making it and I’m really happy with how it turned out.”

He and his two business partners joined Outrigger Pizza chef Kevin Laut to connect with kids in February, visiting Kamali’i Elementary gardens to help with weed-pulling, planting, compost and harvest.

The three didn’t stop there. Morrin says they’ve now been inspired to adopt the Kīhei Charter garden near Fork & Salad.  They’ll help enrich their compost, showcase what’s harvested on their ingredient line and volunteer time with the students.

“We think it’s so special to have our restaurant tied into a keiki school garden; one that’s right behind our store and already a part of our community,” he explains. “All of our organic vegetable scraps will be brought to the garden for compost. It teaches the kids the importance of building healthy soil for planting. It’s the full circle of horticulture.” 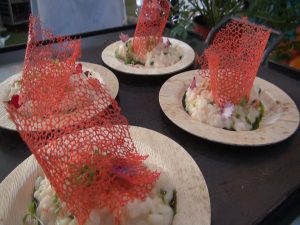 Acquerello Risotto topped with a cracker made from beets, presented by DUO at Four Seasons Resort Maui. Photo by Kiaora Bohlool. 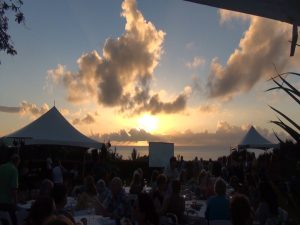 The Taste of School Gardens fundraiser at Hotel Wailea. Photo by Kiaora Bohlool. 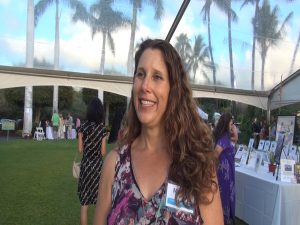 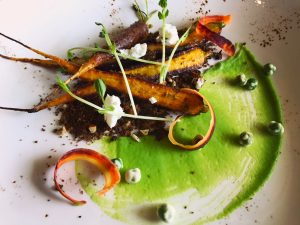 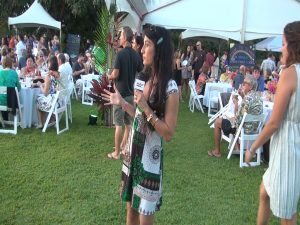 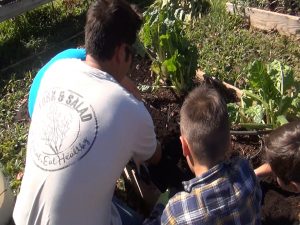 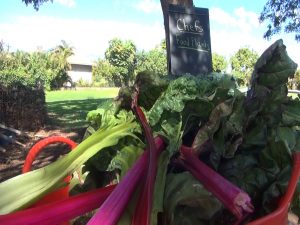 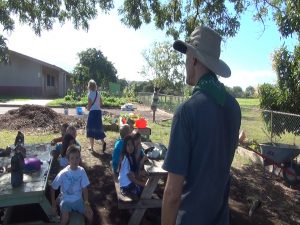 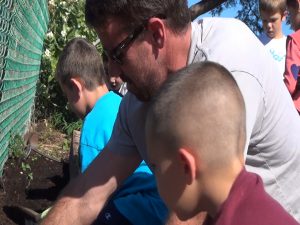 Longtime supporters were also there cooking up a storm. Those included Chef Roger Stettler of Cow Pig Bun, Chef Kevin Laut of Outrigger Pizza Company and Chef Craig Dryhurst of DUO at Four Seasons Resort Maui, who made an Acquerello Risotto beneath a flashy red cracker reminiscent of fan coral.

“The cracker on top is beet juice diluted from school gardens; it’s a special recipe,” says chef Dryhurst. “We cook it on a flat top and it creates this kind of coral look, which is relative to us on Maui since we have beautiful coral around the island.”

The Taste of School Gardens is Grow Some Good’s only large fundraiser of the year. Bohlin says donations will go toward continuing programs, and branching out to reach even more students.

Along with helping to establish food gardens and living science labs in local schools, the nonprofit provides resources and curriculum support through community partnerships in agriculture, science, food education and nutrition. Learn more about the organization, including volunteer opportunities, at Grow Some Good’s website. 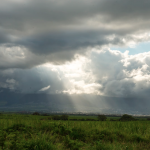 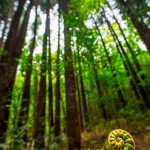