A report released today showed that Hawaiʻi received $27.1 million in taxes generated by 150 companies in 2016.

The report is from participants that responded to the 2016 High Technology Development Corporation Client Annual Economic Survey. 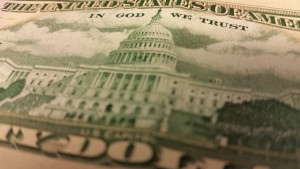 US tender. Photo by Wendy Osher.

The state economy also benefited from an estimated total economic impact of $619.6 million, based on a multiplier that includes direct revenue, spending by the company, and employees’ spending.

“As we continue to grow our innovation economy, this survey shows the importance of our local tech and manufacturing industry,” said DBEDT Director Luis P. Salaveria. “Our overall growth strategy includes building a robust infrastructure to support this area, while we work on building more public-private partnerships.”

Nearly 80% of the 193 client companies responded to the survey, officials said.

“The results of our survey demonstrate the growth of Hawaiʻi’s tech and manufacturing companies, and the exponential impact they have on our local economy,” said Robbie Melton, HTDC executive director and CEO. “HTDC’s role in providing incubation spaces, mentorship, support staff, and other resources allows companies to focus on developing their products and reaching their next growth level. Technology and innovation businesses can flourish here in the islands and HTDC is doing all we can to nurture them.”

Of the 150 companies that responded, which included incubator tenants and graduates, grant recipients, and Neighbor Island Innovation Initiative program clients, had an estimated $388.8 million in total revenue, generated $156.2 in income, and provided 2,687 local jobs.

“HTDC workshops have been very helpful in expanding our network and knowledge in the innovation sector of Hawaiʻi’s economy. Additionally, the HSBIR program has been and continues to be instrumental in helping us offset the high cost of R&D in bringing the first prototype to the users,” said Isar Mostafanezhad, founder and CEO of Nalu Scientific, LLC, which develops high-end sensors and systems.

“HTDC funding allowed us to grow our production through facility improvements and equipment purchases that made a significant impact not only to our productivity, but also to our employee’s safety and morale,” said Marie Marcos, production manager of Honolulu Cookie Company.

The impact of neighbor island innovation companies was also reflected in the survey. Ten companies participating in the Neighbor Island Innovation Initiative reported a total economic impact of $6.1 million, total revenue of $1.3 million, and 57 local jobs. 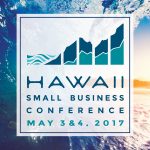 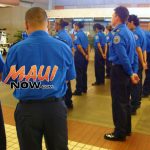