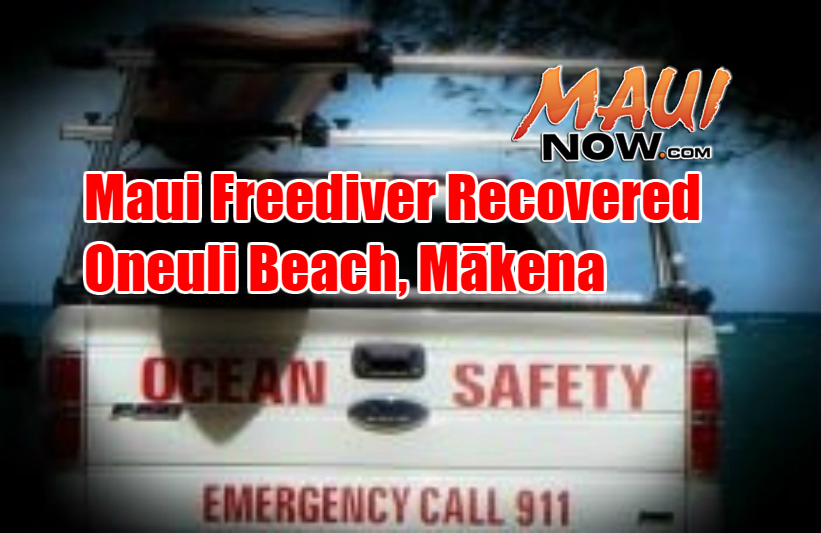 Maui fire rescue crews responded to a freediver that was reported unresponsive on the sea floor off of Oneuli Beach, also known as “Black Sand Beach” in Mākena. The incident was reported at 1:13 p.m. on Thursday, March 30, 2017.

Ocean Safety lifeguards on watercraft met up with a small boat a quarter-mile offshore of Oneuli Beach and confirmed that a male freediver was resting on the ocean floor about 100 feet below the surface.

Maui Fire Services Chief Edward Taomoto said attempts by the victim’s friends to retrieve him from the ocean floor were unsuccessful due to very strong ocean currents.

Rescue divers with scuba gear were flown to the scene by Air 1 and inserted into the water where ocean safety and fire rescue watercraft were waiting. At around 2:15 p.m., rescue divers recovered the victim and airlifted the man to a landing zone on a golf course fairway nearby. Paramedics pronounced the man deceased at the scene.

Authorities say the male victim, a 29-year-old Maui resident, was freediving from a boat with two other Maui men about a quarter-mile off of Oneuli Beach when the accident happened.

Firefighters from Wailea and Kahului, Ocean Safety lifeguards from Mākena State Park, and personnel from Coast Guard Station Māʻalaea responded to the incident. 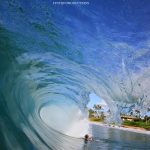 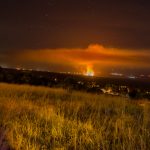