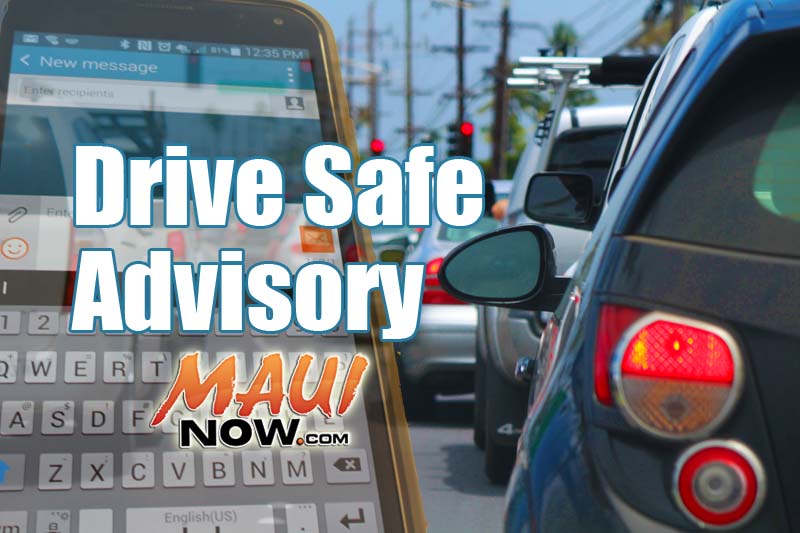 Maui police continue to crack down on motorists who text while driving as part of the national “U Drive. U Text. U Pay” high-visibility enforcement campaign, which runs from April 1-30, 2017.

The campaign is being held in conjunction with Distracted Driver Awareness Month in Hawaiʻi.

As part of the observance, a Maui fair focused on driving with aloha and traffic safety takes place on Saturday and Sunday, April 22-23 at the Queen Kaʻahumanu Center from 11 a.m. to 3 p.m. on both days.

The Hawaiʻi Island Police Department is also enforcing distracted driving laws this month.  Officers explain, “It takes about five seconds, on average, to read or send a text. Not a lot of time. But, in that span of time, with your eyes on your phone and not on the road, a vehicle traveling 55 miles per hour can travel the length of a football field. In that instant, over that distance, a life can be taken.”

HPD advises, “Before you start the car, shut down your phone. Put it out of reach so you won’t be tempted by it. Recommit yourself to safe driving by not giving in to distraction and by focusing solely on the road. You’ll save yourself the cost of a ticket and maybe even save a life.”

Violating Hawaiʻi’s Mobile Electronic Device law, which became effective on July 1st, 2013, can result in a fine of $297, or $347 if in a school or construction zone for motorists who use a mobile electronic device while driving. MED’s include, but are not limited to: cellphones, tablet computers, digital cameras and gaming devices.

The Maui Police Department urges all drivers to remember to use a hands free device, pull over or just wait until they reach their destination before using any Mobile Electronic Device.

“Our primary goal during the operation is to make the roadways of Maui County safe for the entire public to use by reducing the number of motor vehicle collisions caused by distracted driving,” police said. 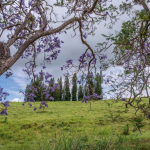 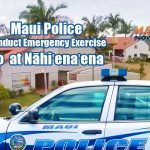